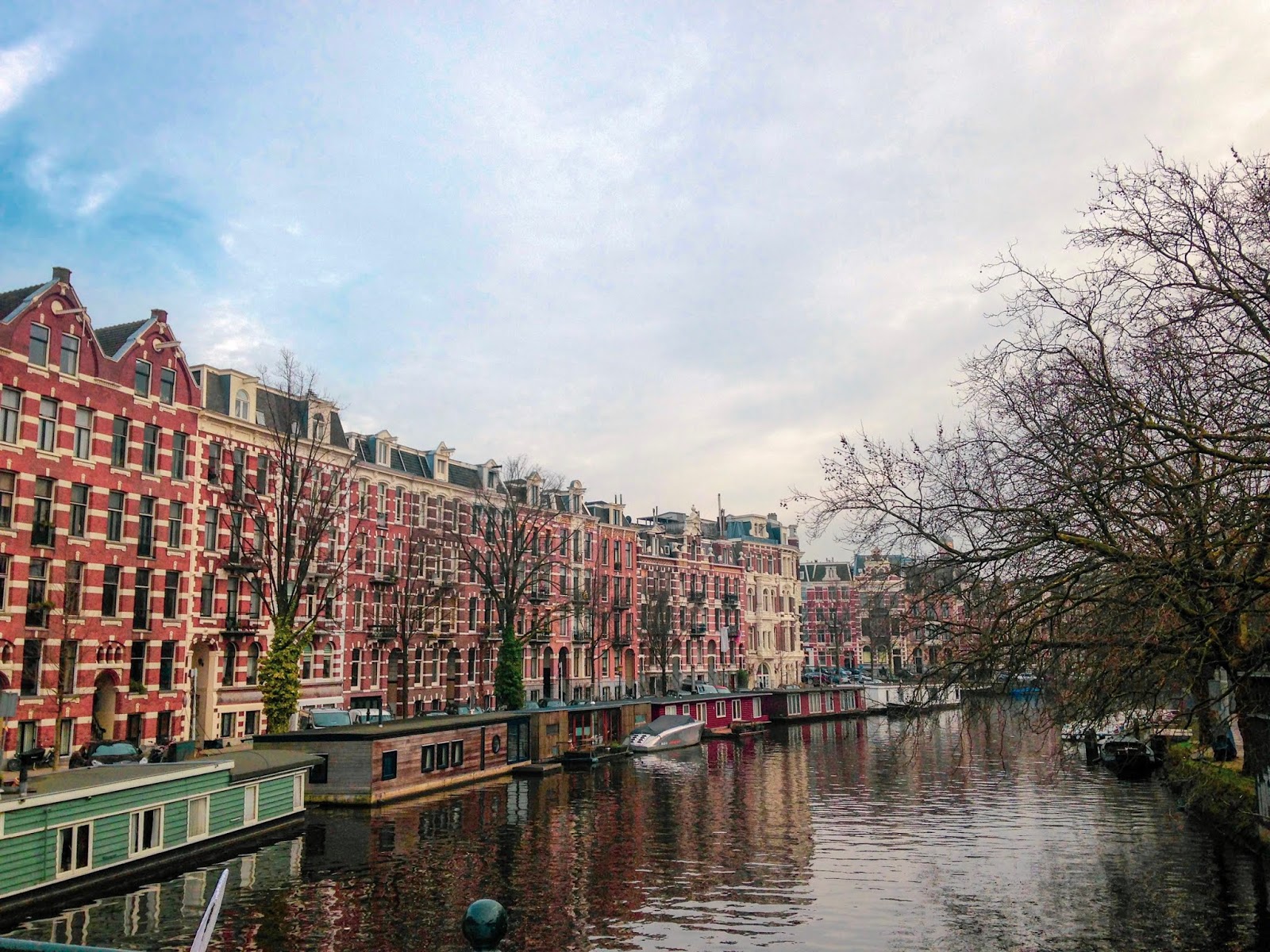 One of my favorite House Hunters destinations has always been Amsterdam, so naturally it was at the top of my Travel Bucket List.

This was the final stop on a 3-Day Europe Trip, and it was also one of the top places on my travel bucket list. Before Amsterdam, we traveled through Paris, France and Brussels, Belgium for some serious Christmas market browsing and historical site exploring.

Aside from the aggressive bike riders, Amsterdam is by far the chillest city I’ve visited. Probably because it’s full of boathouses and cannabis. I will say this though… the emphasis on weed kind of ruined most of the gift shops for me. They all came across super tacky. I just wanted to indulge in cute dutch trinkets. I had no desire to sift through keychains and mugs covered in giant marijuana leaves.

The one thing we didn’t get a chance do, that makes me really want to go back, is the art museums. There are tons of art museums in Amsterdam. We spent a lot of our time exploring the canals and markets. Meandering around Amsterdam is a lot more enjoyable than it is in Paris. 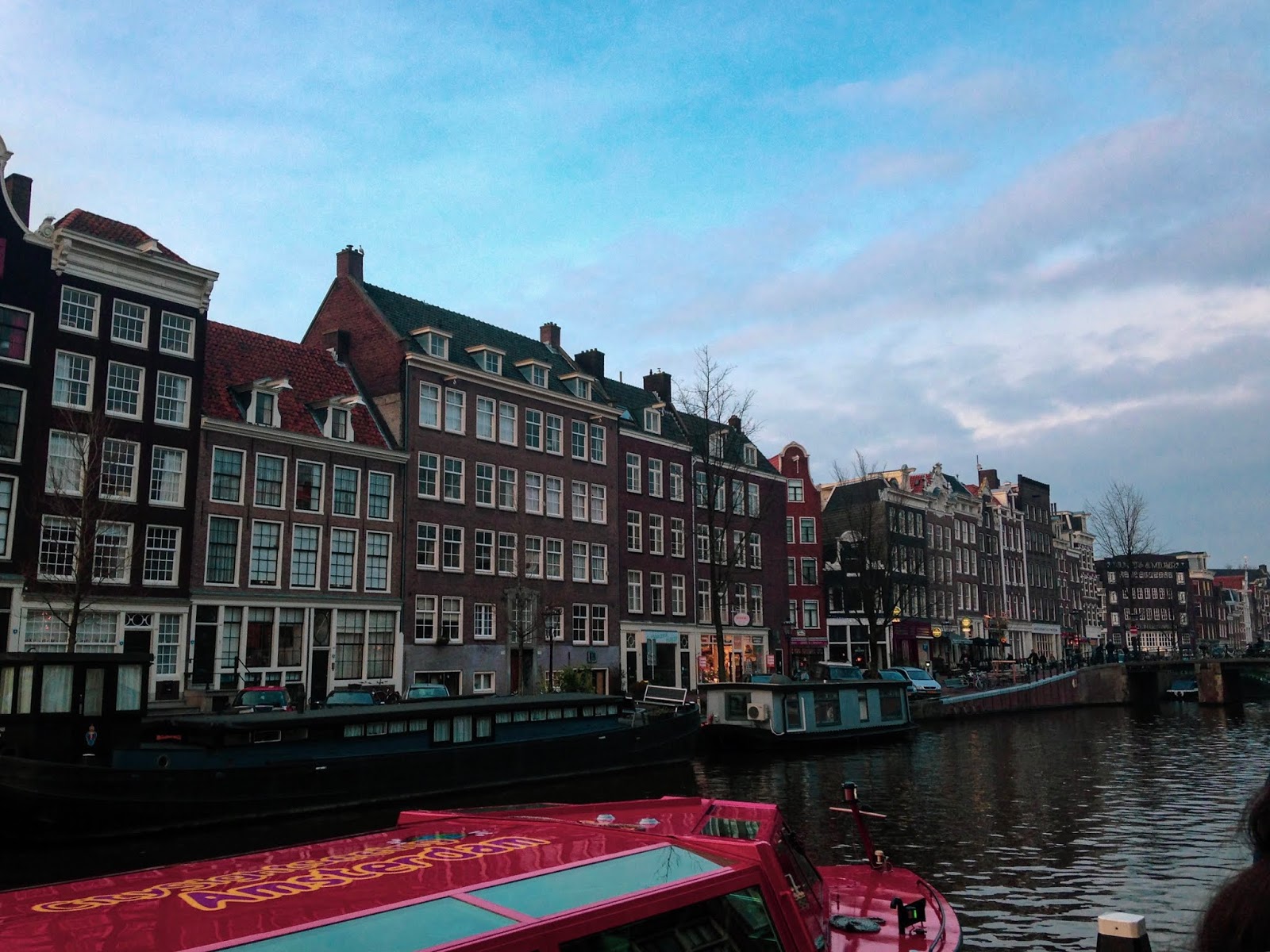 Two things I’m not going to officially put in this list are my friend’s hunt for a cannabis bar and our stroll through the Red Light District. The latter was a happenstance moment and very uneventful.

The hunt for weed felt like a treasure hunt and turned out to be a lot harder than you’d think it would be in a city full of bongs and mugs with marijuana leaves printed on them. They confiscated our water bottles (for unknown reasons), and then almost kicked us out because most of us weren’t planning to buy anything, including myself. But my friend is from Washington, so she knew what she wanted, bought it, and we left.

I’m not including either in the official guide list because they aren’t something I recommend doing. However, they’re both undoubtedly a part of the city and worth mentioning here, if only to give some insight to my experience. 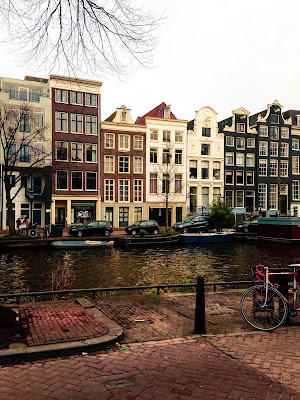 With the exception of art museums, we did cover a lot of great Amsterdam highlights…

You can’t visit Amsterdam and not visit the Anne Frank House. It’s such an important piece of history, and the one place I knew I needed to see. There’s much more to it than just the house. The place where they lived is very small, and the majority of the “museum” is made up of artifacts and history from the family and Anne Frank’s diary. It’s a very macabre place to visit, but I recommend taking the time to look at everything and read the displays.

Naturally, it’s important to be very respectful while visiting. 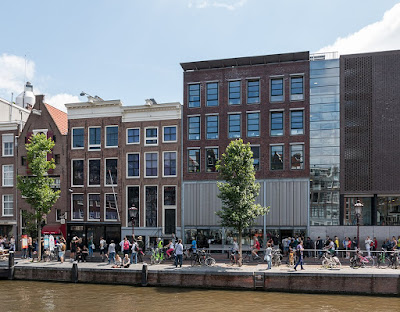 First there was the sundae in Paris, then the steak in Brussels… these pancakes were my food highlight in Amsterdam.

Just a heads up though, they’re nothing like American pancakes. They’re look and taste like very large, thin crepes, and they’re absolutely delicious. The restaurant we went to let you choose what toppings you wanted, so naturally I opted for cinnamon sugar and whipped cream. It was like Ocean City’s Bayside Skillet, but better. 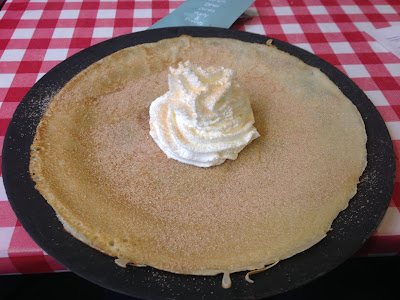 The canals are the defining feature of Amsterdam… and they don’t disappoint. Although, it was a lot easier to get lost since every street looks similar to the next. We spent most of our day walking around the canals and snapping photos. It felt surreal to be strolling through the location of some of my favorite House Hunters International episodes.

If I ever have the opportunity to live in a houseboat on a canal in Amsterdam, I’ll definitely take it. Maybe it’s the HGTV fan in me speaking, but that’s a dream place to live. 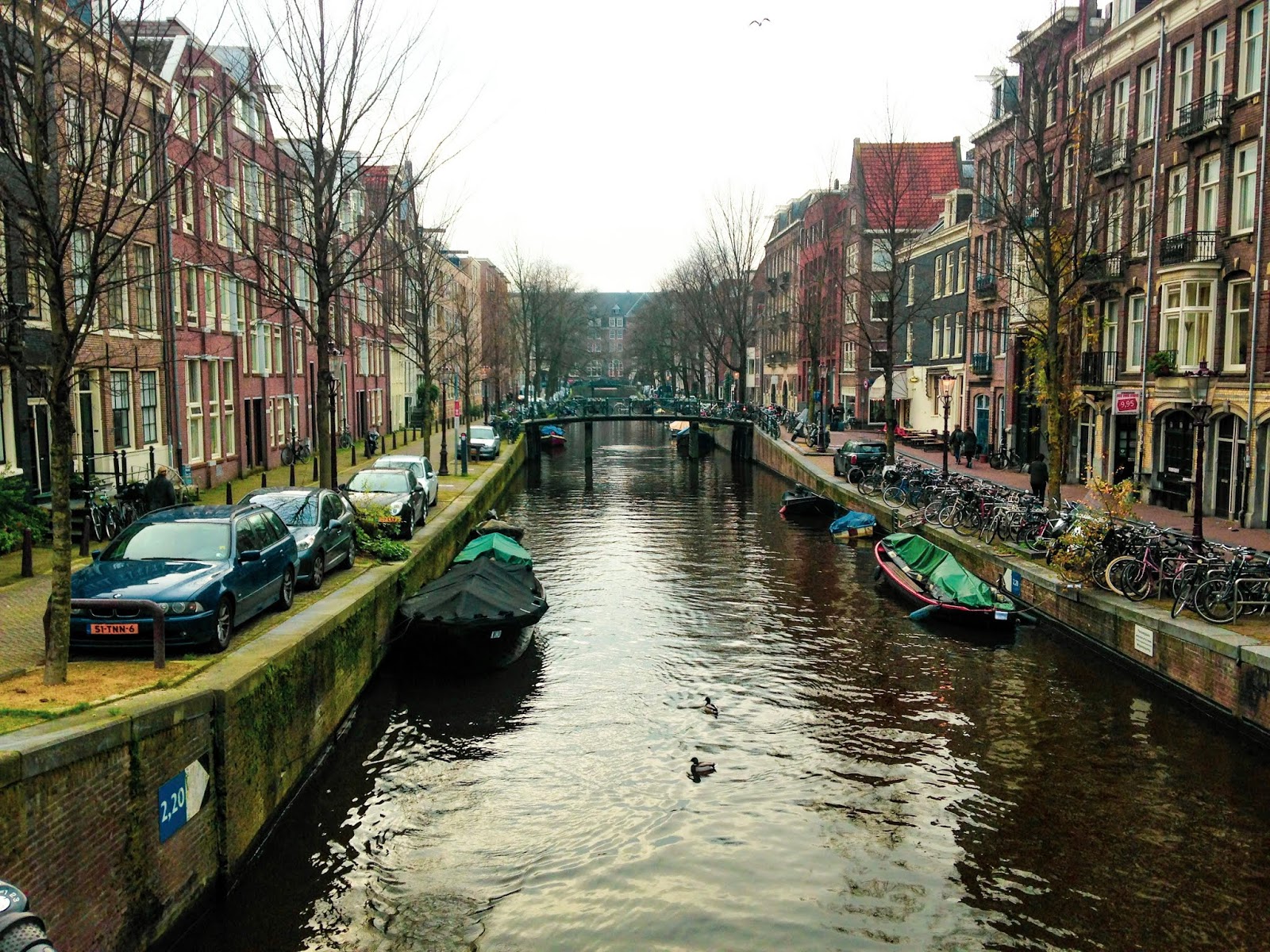 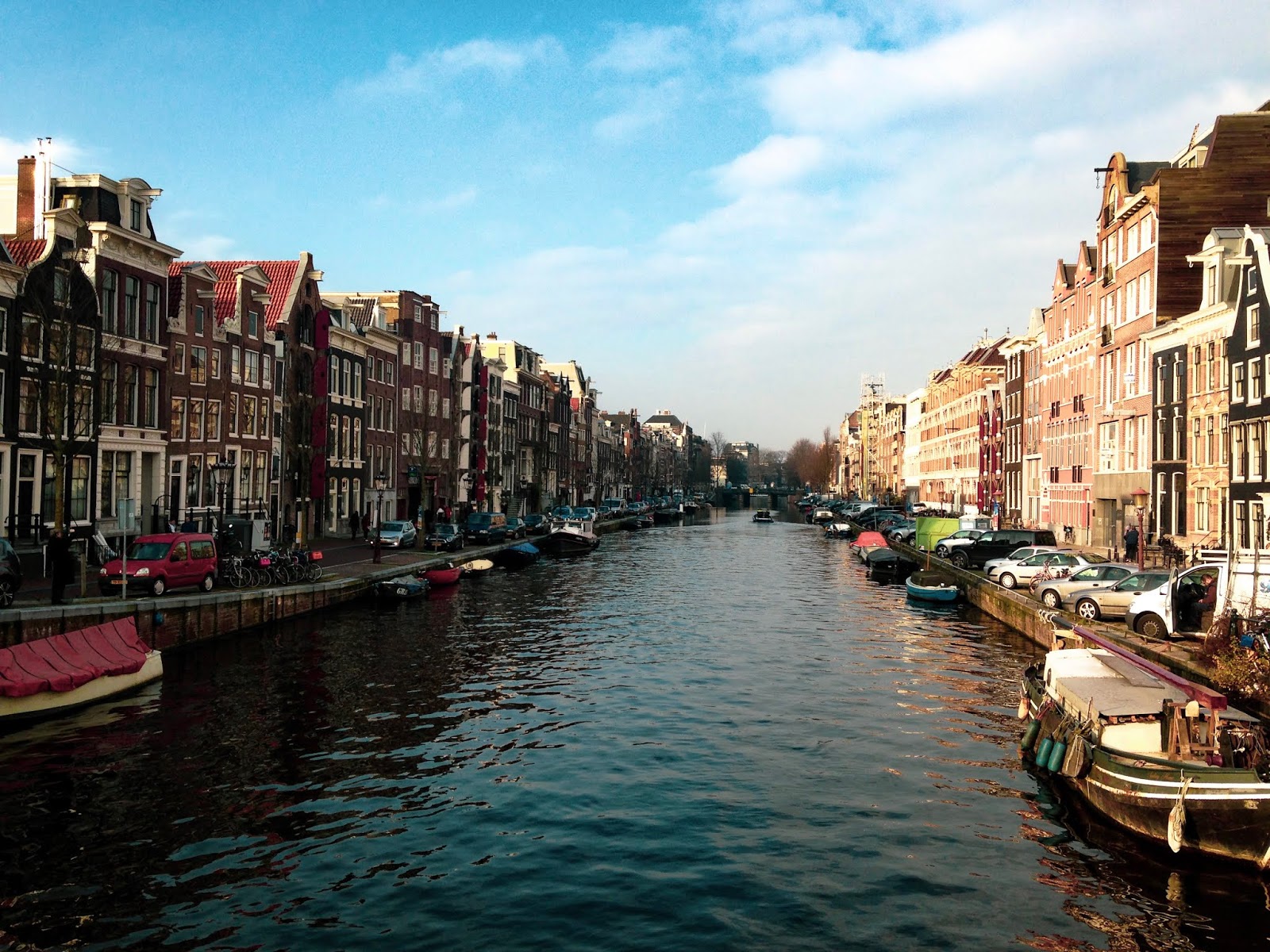 This is a seasonal event, but it was one of the main places we explored and enjoyed. Amsterdam’s Christmas market is not nearly as big as Brussels’, but it’s still very nice. Plus, it featured a man dressed up as a Grim Reaper trying to scare people, so what else could you possibly need?

Instead of one huge market, the Christmas Market was more spread out and had lots of mini markets. They offered the usual trinkets and gifts like knitted winter garments, pottery, and paintings. But there were also lots of Dutch-themed stands as well, which I really loved. Paris had mini Eiffel Towers and Brussels had tons of Belgian chocolate, but the Dutch themed gifts were all very unique and aesthetically tied to the culture of Holland. 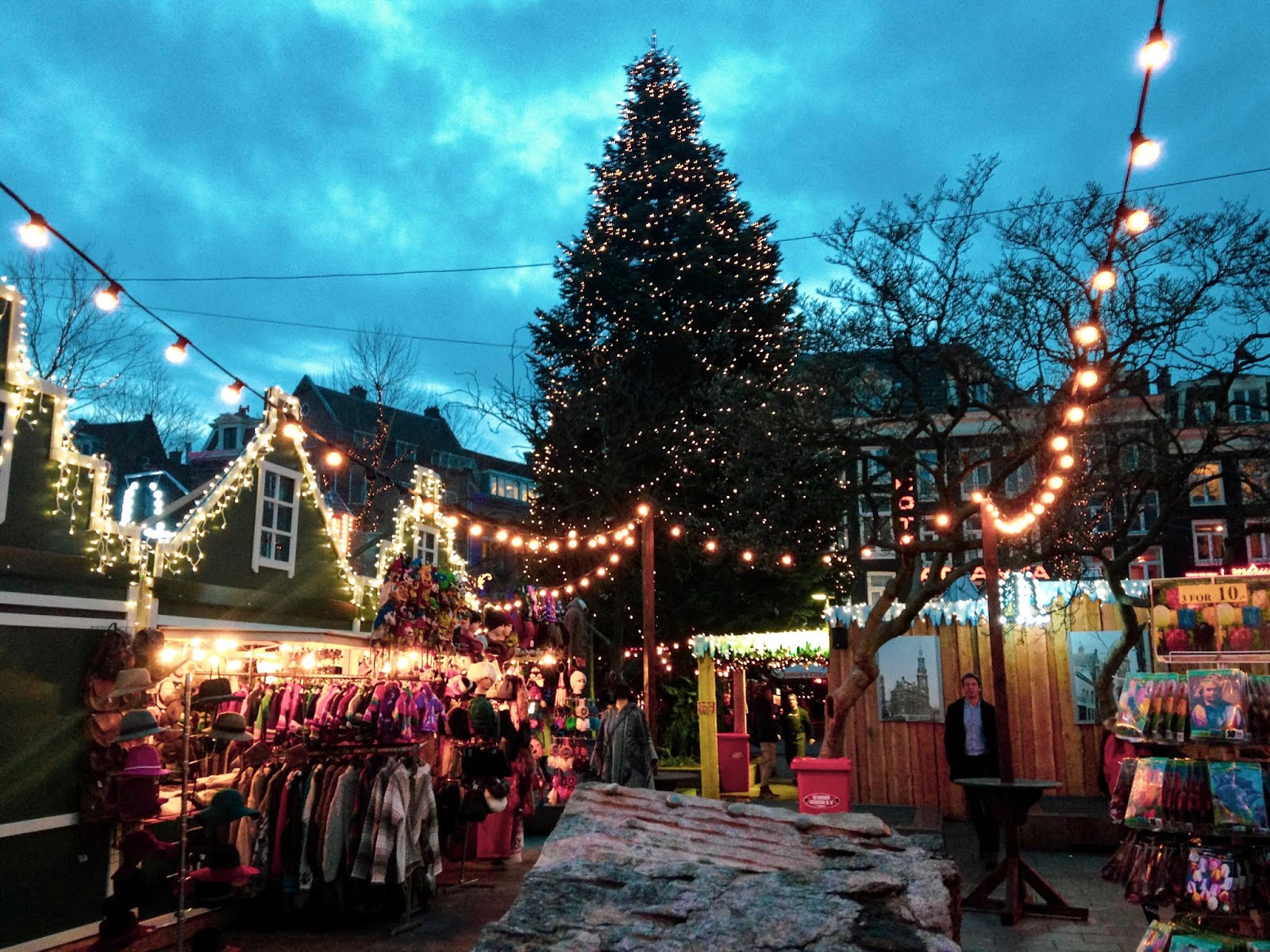 We made a one-eyed friend at the hostel, and it was definitely a highlight of the trip. Most people know I’m not a huge cat person, but if I find the right cat, then I’m smitten. This cat was one of those cats. 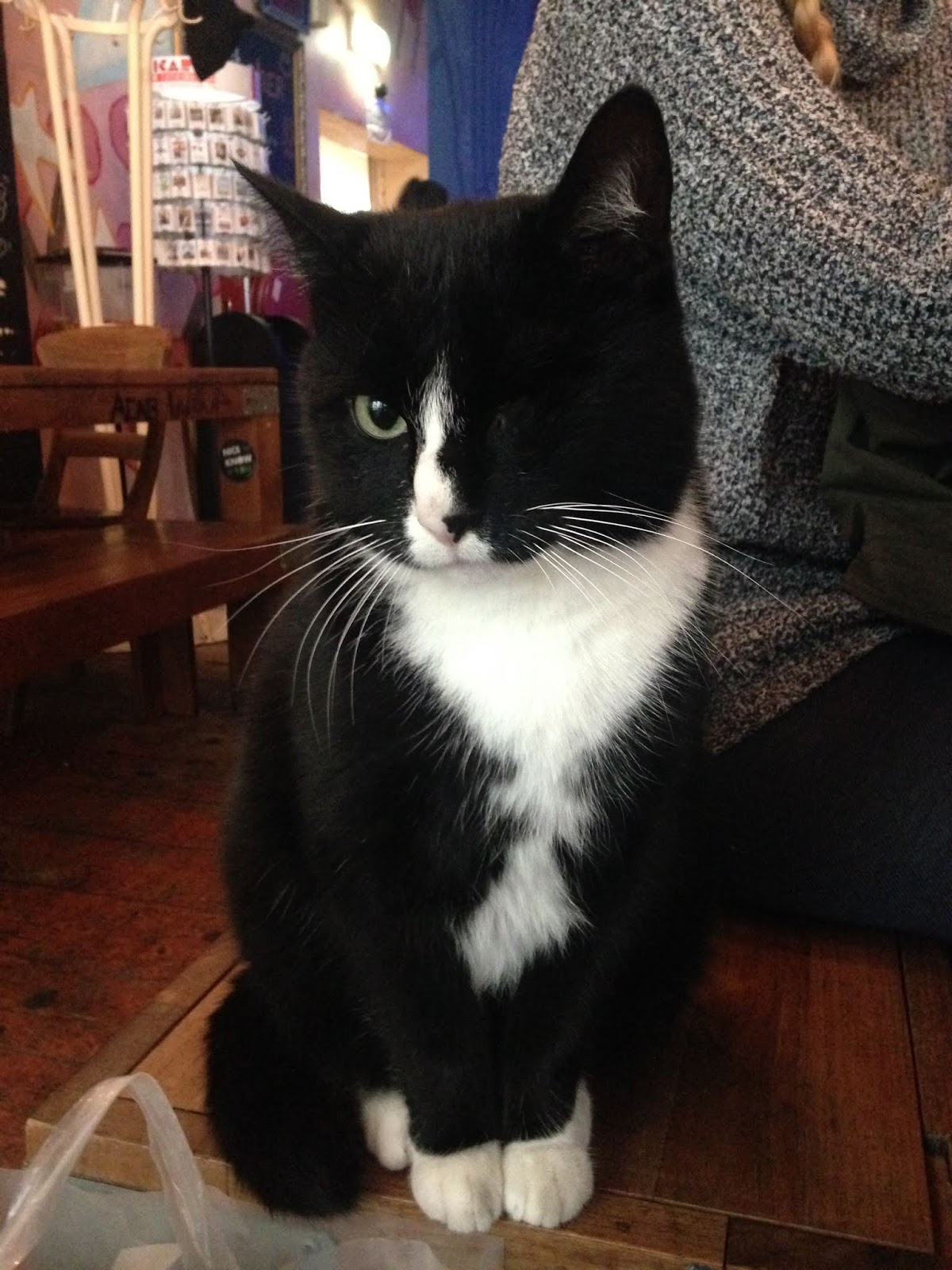 Check out the first two stops on my first Europe Trip – Paris and Brussels.

A Budget Weekend Guide to Seattle

A Guide to Living and Eating in England