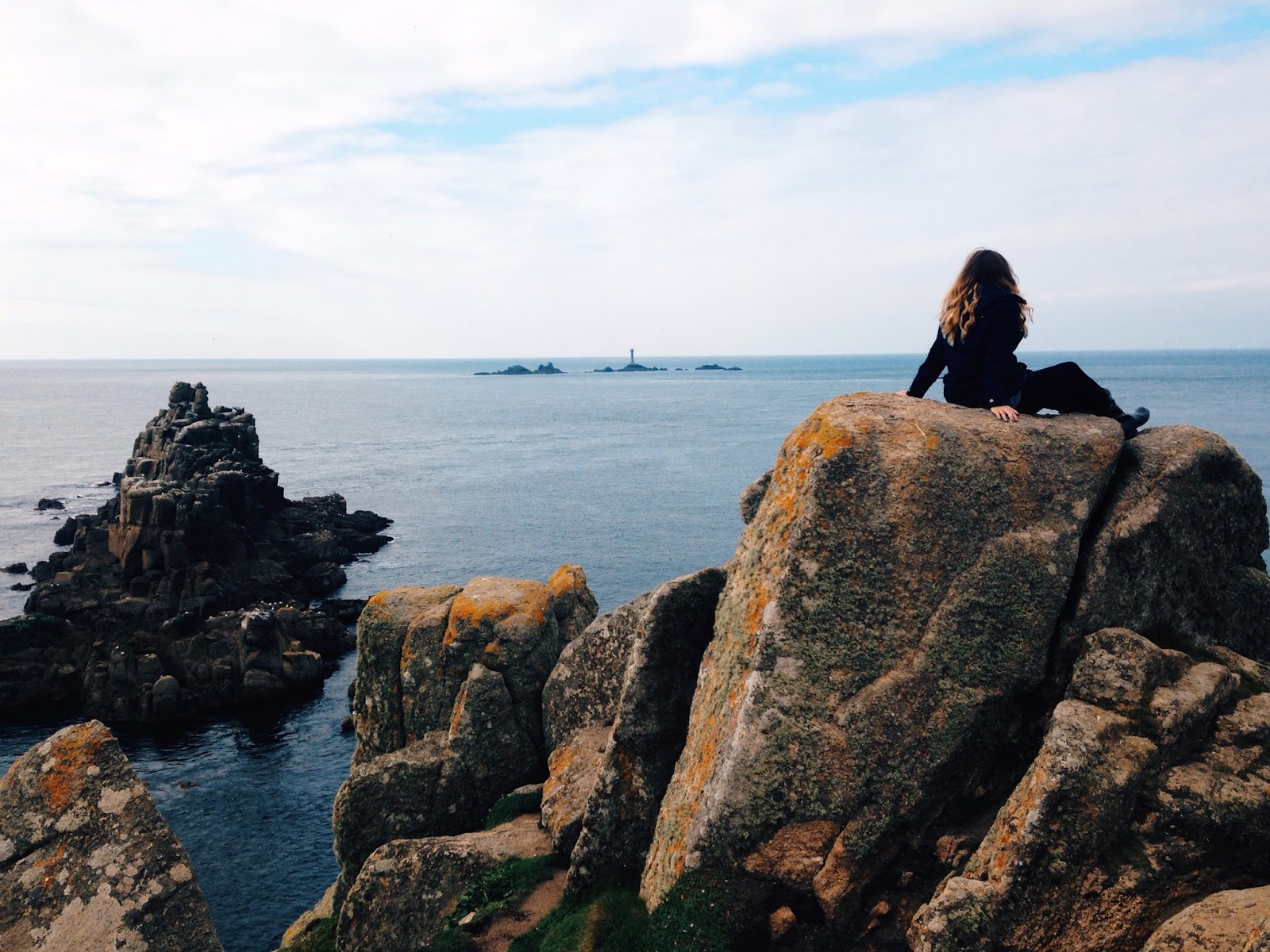 Cornwall was the first big trip I took abroad. It was one of those adventures that made me feel like a real nomadic traveler.
I really wanted to see Cornwall. That much I knew. But getting there from Reading… it looked quite difficult and expensive. So, Meridia and I decided to take a bus. The interesting part is that the bus served as a moving hostel for two nights. We got the bus from London at night, slept as much as possible and then arrived in Penzance around 7AM. We spent the day galavanting around Cornwall, and then slept on the bus ride back to London that night. 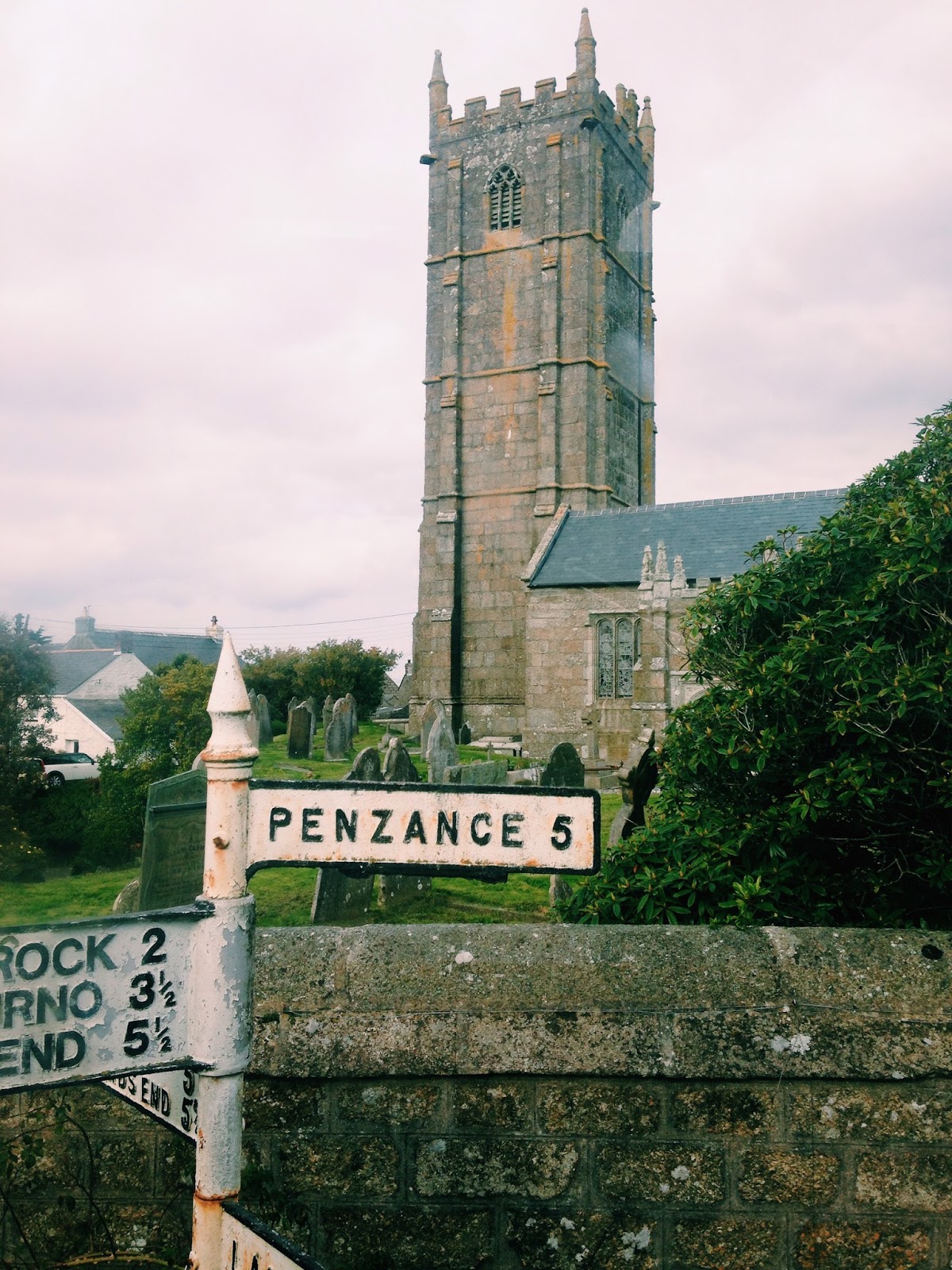 It wasn’t easy, and I don’t know if I would necessarily recommend this type of traveling, but it worked for us. We got lucky on the ride back and had the entire, couch-like backseat to ourselves. We were able to lay down and actually get some decent sleep.

Unfortunately, I hadn’t watched Poldark yet… I’m kind of gutted that I didn’t start it sooner because this trip would’ve been even more exciting if I had. Though, we were in completely different locations from where they film. I probably would’ve chosen Truro and that area if I’d watched Poldark already. But then I wouldn’t have experienced Land’s End, one the most beautiful spots I got to visit while abroad. It was the first time I really felt like I was studying abroad and going on an incredible adventure.

But let’s start at the beginning… Penzance. It’s a cute, cobblestoned town that kind of reminded me of a Black Sails-esque Caribbean port. There were palm trees. That’s one thing I never thought I’d see in jolly ole England. When we got there, nothing was opened and we didn’t really know what to do. The town was completely empty because everyone was still asleep. Luckily, we both love exploring and taking photos of pretty much everything, so that’s exactly what we did. We also both have a morbid fascination with old cemeteries. I genuinely love looking at old tombstones, reading the names, and thinking about what those people may have been like. 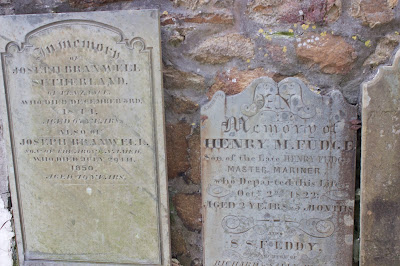 After that we went to a bakery and ate some bread. Expect nothing less from me. Bread is my favorite meal. The town was slowly starting to wake up now, which meant the buses would start running. Fortunately for us, Cornwall has an awesome bus system that takes you around to all the different towns and remote sights like Land’s End. We didn’t have a definitive plan, but I suggested we go to Land’s End because it looked kind of cool. Suffice to say it exceeded all expectations.

The weird part is that there’s this fake village, reminiscent of a child’s amusement park, but without the rides. There was this Shaun the Sheep game and some Shrek stuff. Very touristy, which was strange. But once you walk through that and get the actual cliffside, it’s nothing but views. 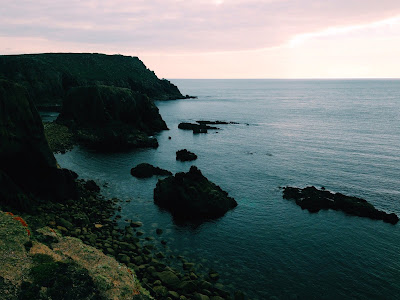 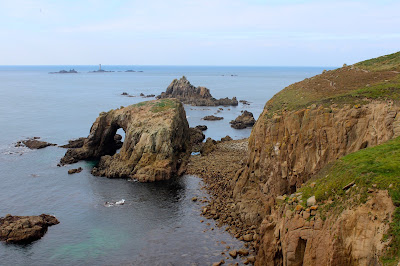 There was a tiny farm out there too, which was a delightful surprise. Also an area of peculiar spongey grass. We probably shouldn’t have been walking on it… but alas, I didn’t care. You can see that moment in the vlog linked below.

The next stop was St. Ives. We ate lunch/dinner at this billiards place that wasn’t even technically a restaurant. I think you were supposed to have some kind of membership, but they let us in anyway and made us garlic bread. I’m just now realizing I’ve now had bread for two meals on this trip? Oh well.

One of the coolest things about St. Ives is the harbor. It was low tide when we got there, so the entire area was sandy. At first I thought it was a beach, but then I saw the clusters of large boats sitting in the sand. 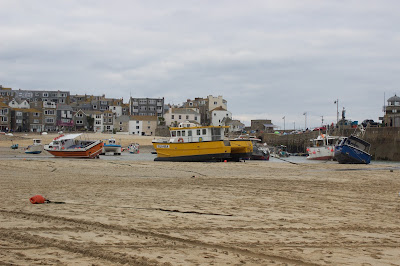 We walked down there and moseyed around for a bit. After awhile, we left and got a drink… we were inside for maybe 30 minutes. When we came back out the entire harbor was filled with water. I was shook. It happened so fast. 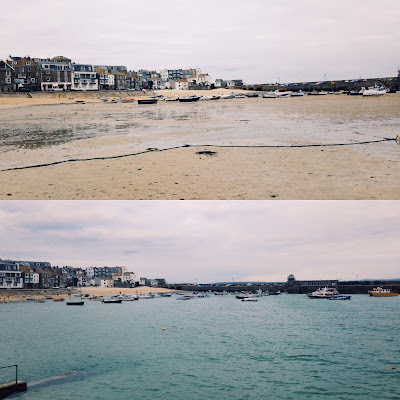 We returned to Penzance and went into a tavern for drink and dessert. I had one of the best slices of apple pie I’ve ever had. No idea what this pub was called, but it was old and cozy. We wrote postcards, journal entries, and I read some of The Raven Boys. It was a good night.

Eventually, it was time to get on the bus and return to London. We slept fairly well, but I still crashed when I finally got back to my flat in Reading.

See some of our adventures in the wondrous Land’s End, St. Ives, and Penzance… 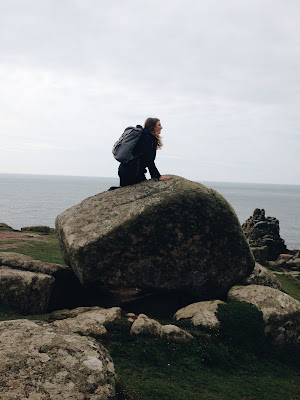 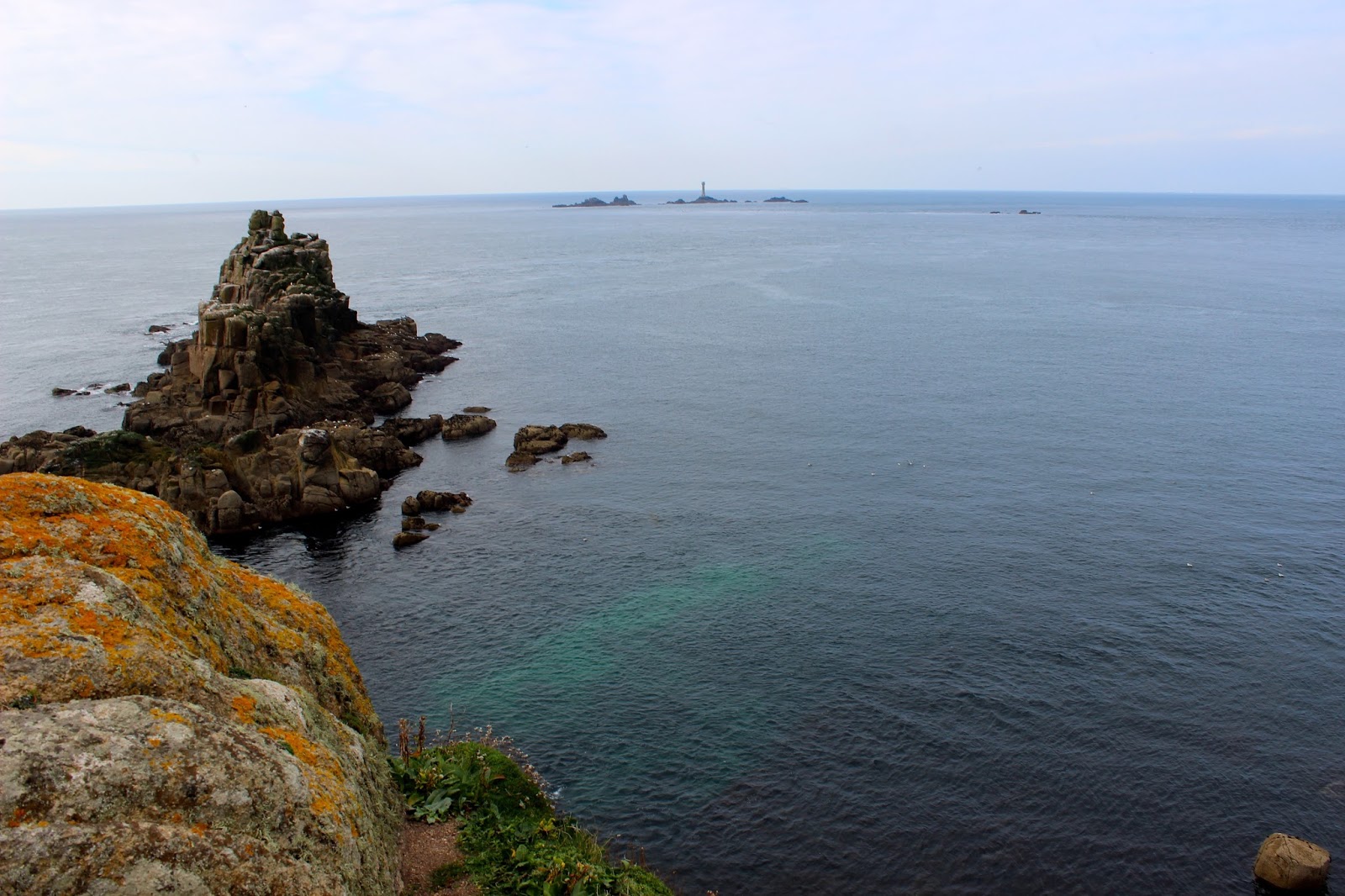 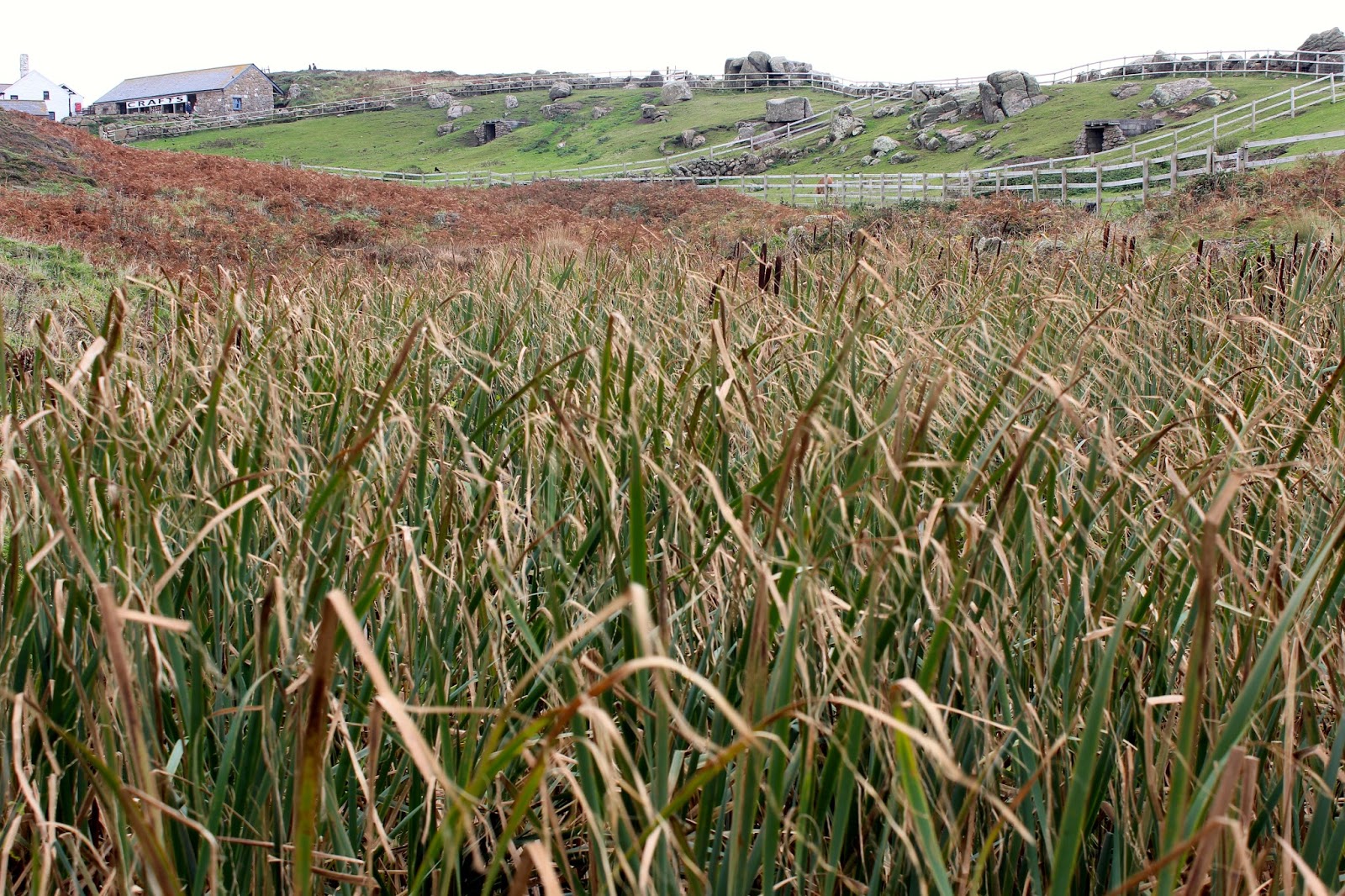 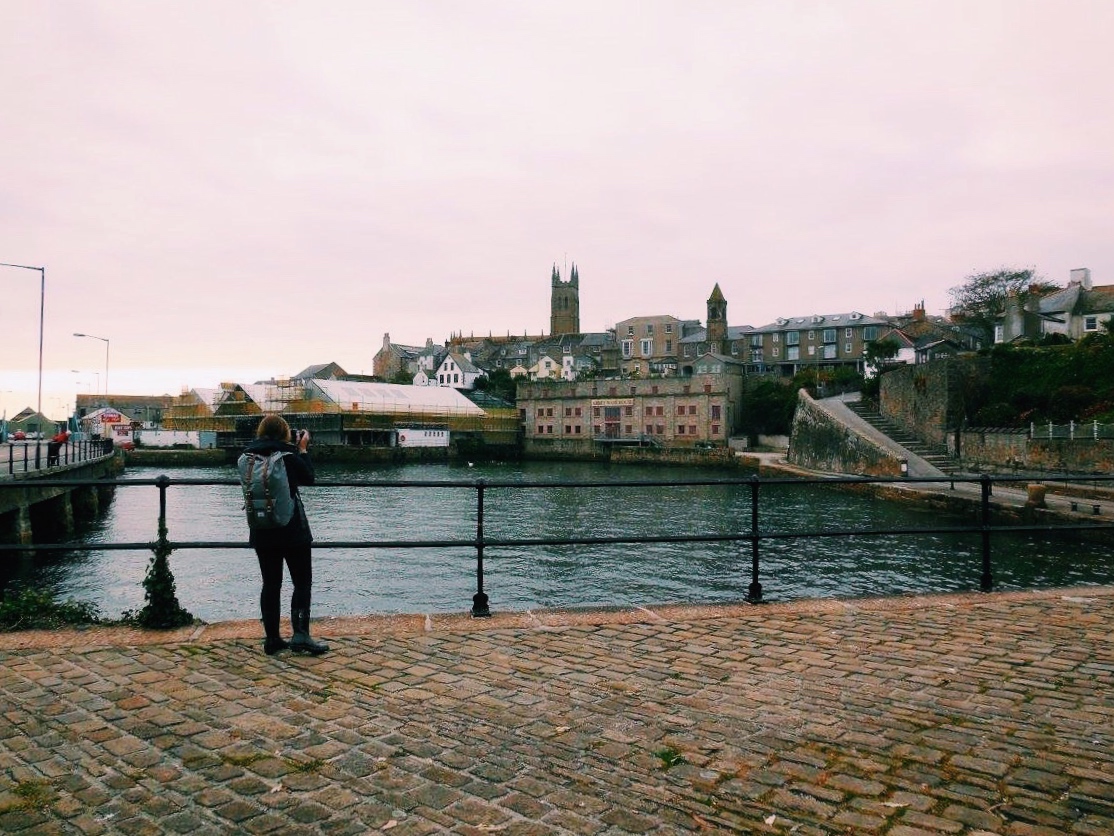 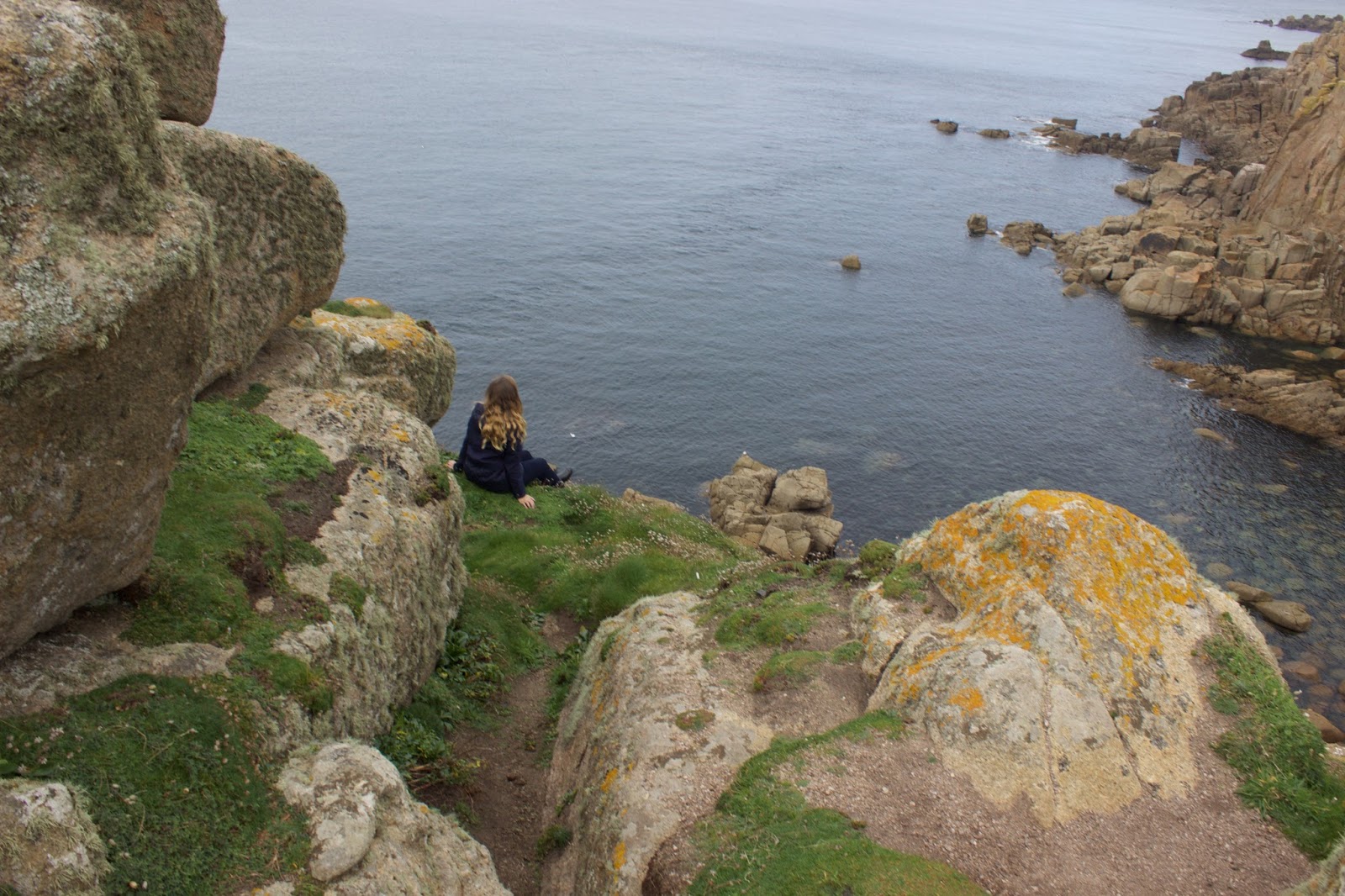