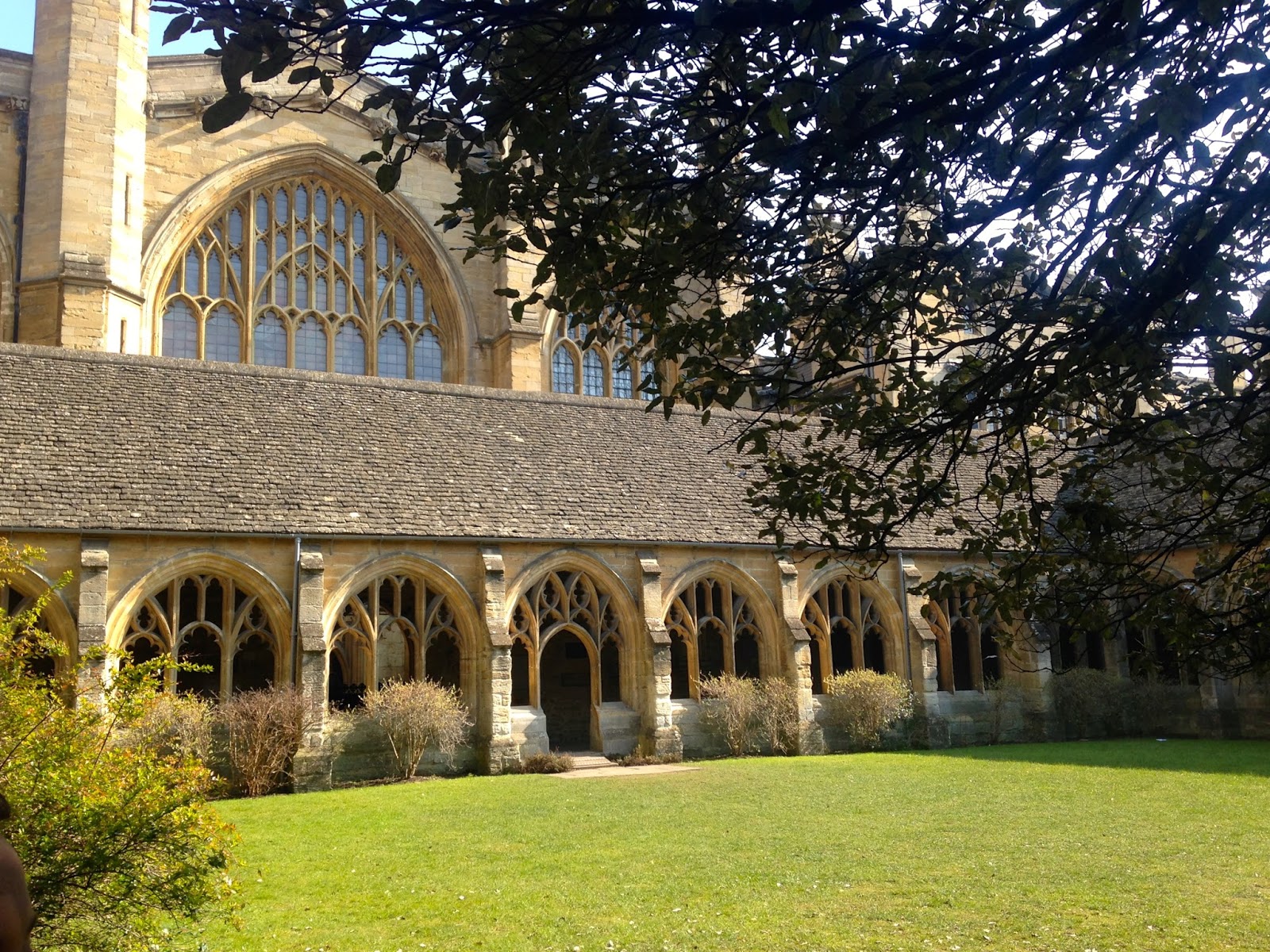 Oxford is a Harry Potter heaven. My visits to these places were some of the best moments of my time abroad (and my life, to be honest).
It’s definitely a lot different than going to the Warner Bros Studio (post on that later), and actually a little better honestly, because these are genuine places. They aren’t just sets. It legitimately feels like you’ve just apparated to Hogwarts.

The staircase: Let’s start off with the best one… This is probably my favorite Potter location, and I think it’s the first one I visited. I vividly remember meandering up and down the stairs in a wonderstruck daze. I’m honestly shocked that this spot only appears in the first two movies, but, regardless of quantity, this staircase is the location for some very significant scenes.

– First Years ascend the stairs to the Great Hall.

– Harry faces off with Malfoy for the first time. (extension of the first scene)

– End of the film. Hermione and Ron are at the top of the stairs. “Hermione?” “Never better.”

– Flashback to Tom Riddle in the diary.

The cloisters: Before you get to the stairs, you have to walk through the cloisters. One of these hallways (I wasn’t quite sure which one) was the location for a short scene in the first film.

The Great Hall: Although nothing was actually shot in the Christ Church Great Hall, the set designers did use it as direct inspiration for the Hogwarts Great Hall. In the first film they literally stand on the staircase, right outside the entrance, and then enter the studio version of the hall.
The room itself is decorated Tudor-style and full of old portraits. It looks a bit different than the Hogwarts version, but you can still easily see the components set designers tried to imitate. The three long tables, extending through the center of the room, is where I think they garnered the most inspiration.
Three tables? So which house is missing? I think Paige and I agreed Hufflepuffs would disperse and mingle amongst the other tables.

Also, check out the fireplaces and portraits for some Alice in Wonderland easter eggs. Oxford is full of magical surprises… I’ll be doing another Oxford-centric post with a guide to all the awesome literary places to visit. So if you’re an Alice or Narnia fan, stay tuned for that. 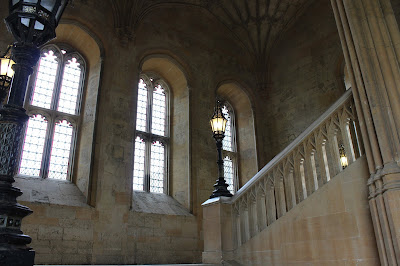 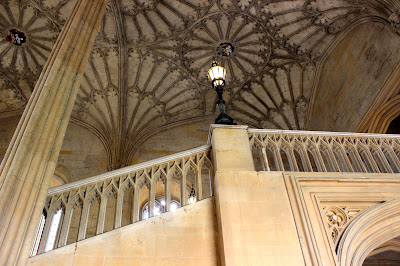 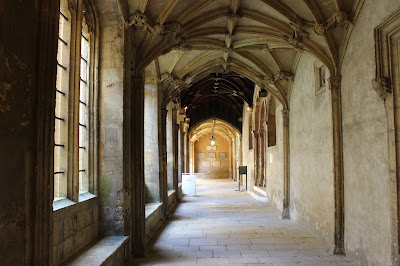 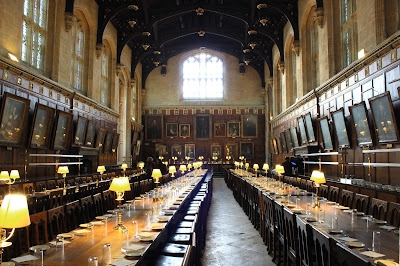 Inspiration for the Great Hall

Divinity School: Alright, I lied. This location is also wildly fantastic. Much like the staircase in Christ Church, it really feels like you’re standing in Hogwarts… until you look outside and see the Radcliffe. This location is a bit odd because I believe it’s technically two different locations in the films.

– The hospital wing. Harry and Dumbledore have a heart to heart. And then Dumbledore eats a yummy ear wax jelly bean.

– This is where the location seemingly changes.

– McGonagall gives Ron a dancing lesson, and prepares the students for the Yule Ball.

Half Blood Prince:
-Back to the hospital wing. Ron recuperates and accidentally breaks up with Lavender.

Duke Humfrey’s Library: They used it as the library in a few of the movies, but you have to be a student (or know a student) to get in. I believe they may also offer a tour? We didn’t get to see it though. 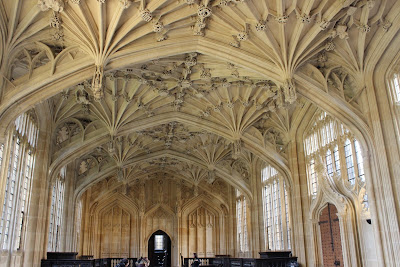 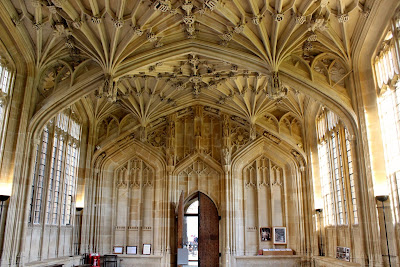 Where McGonagall and Ron had their dance. 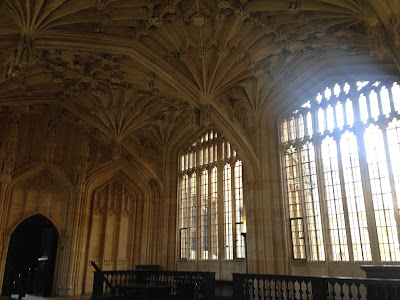 The first two locations on this list are very easy to find, and basically right next to each other. This one isn’t far, but definitely a little harder to find. Paige and I wandered around for awhile with a GPS app, and had no luck finding the actual entrance. We did, however, find a street of pastel houses. 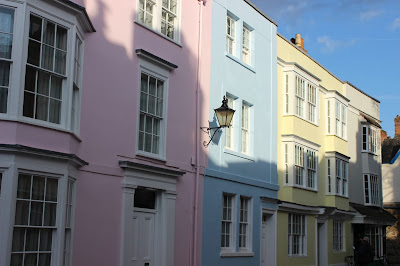 So the entrance to New College is basically down an alley way. It’s right by the Bridge of Sighs and the alley entrance to Turf Tavern.
I visited twice, and the second time was unexpectedly spectacular. The large alleyway you have to go down was actually being used as a film location for the new Mummy movie. The one with Tom Cruise. It’s coming out soon. (soft rhyme?)
The ground was completely covered in a soft carpeted material and there were fake lamp posts. Parts of the wall were fake too… like the bit with little windows that juts out? Yeah, that’s not real.
I may have to go see this movie just so I can see the spot where we walked. 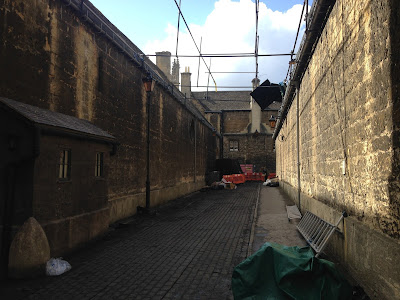 Catch this location in The Mummy with Tom Cruise

Anyways, onto Harry Potter. All of the scenes were filmed in the cloister area. It does feel a little less like Harry Potter compared to the first two locations, but there are still definitive Hogwarts vibes. And aside from that, it’s such a beautiful, peaceful spot to chill out for a bit and take some good photos.

I also highly recommend checking out the other parts of New College. The garden area is truly breathtaking. It honestly felt like stepping into a colorful, utopian world for a few moments. I felt like I walked out of reality and into one of Alice’s fantasies or something. Sometimes it’s hard to believe that this place is actually a school. 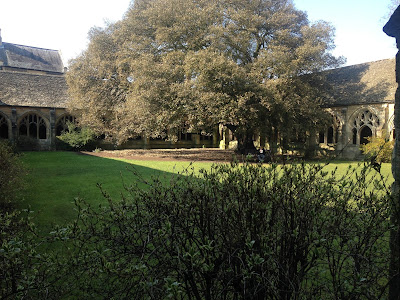 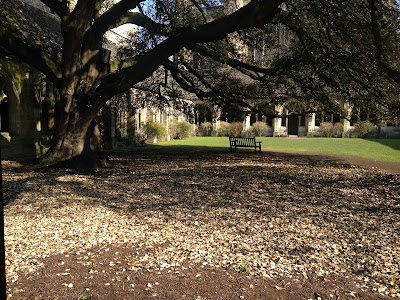 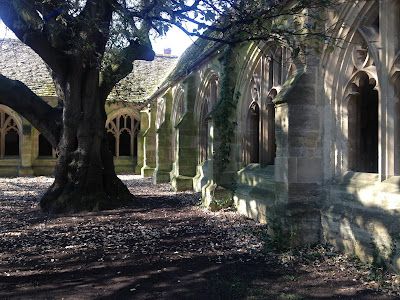 Malfoy got turned into a ferret here 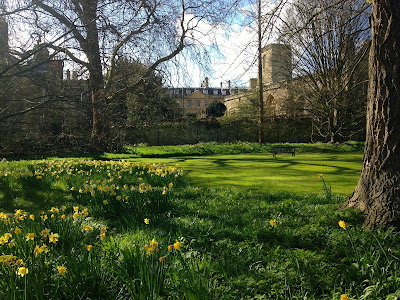 So… are you booking your ticket to Oxford yet?

How To Travel Abroad As A Picky Eater: Part 1

Why Summer is Actually the Worst Season