The Maryland Renaissance Faire | A Day In The Life Collab 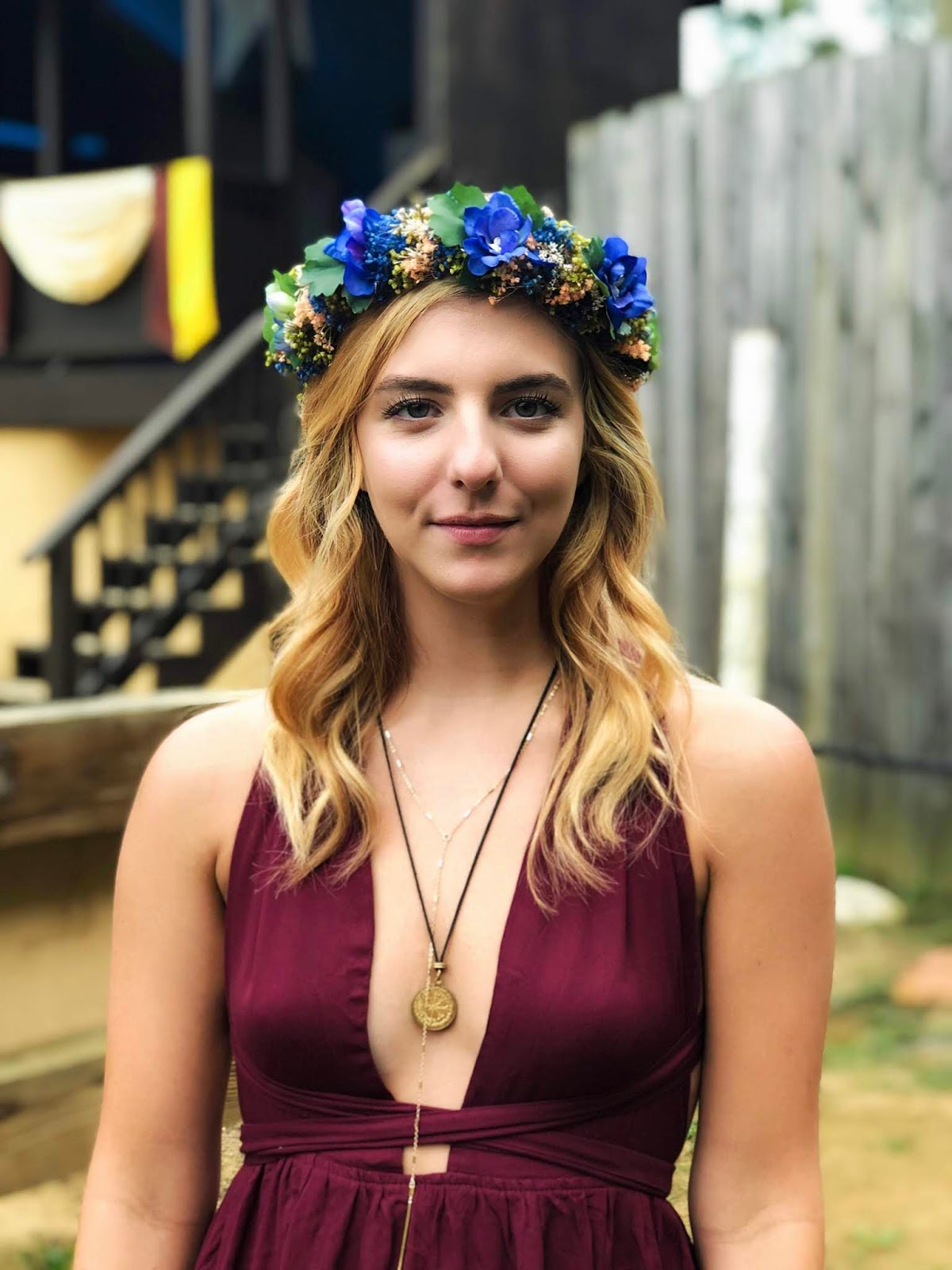 Let’s take a trip back to Tudor-era England.

This post is part of an amazing collab created by Lauren over at Diary of a Spanglish Girl. The theme of the series is to document the same day and compare the differences in people’s activities and routines across the world. You can research other countries and cultures endlessly, but nothing quite compares to reading firsthand what it’s like to live and thrive in different places all around the globe.
Maryland’s Renaissance Festival is actually the second largest Renassiance Faire in the country, so it’s a pretty big deal. Plus, as my friends put it, it’s a very “Elizabeth thing to do”. I covered my day at the Ren Faire last year as well, so for this visit I wanted to do something a little different. We covered more ground, tried more foods, and attended ALL of the jousting shows…
After you finish a day at the Ren Faire, don’t forget to check out Lauren’s day in Alicante, Spain! Follow along with this collab series over on her blog, and read up on the cultural comings and goings of people all over the world – from Spain, to England, to different parts of America, and more! 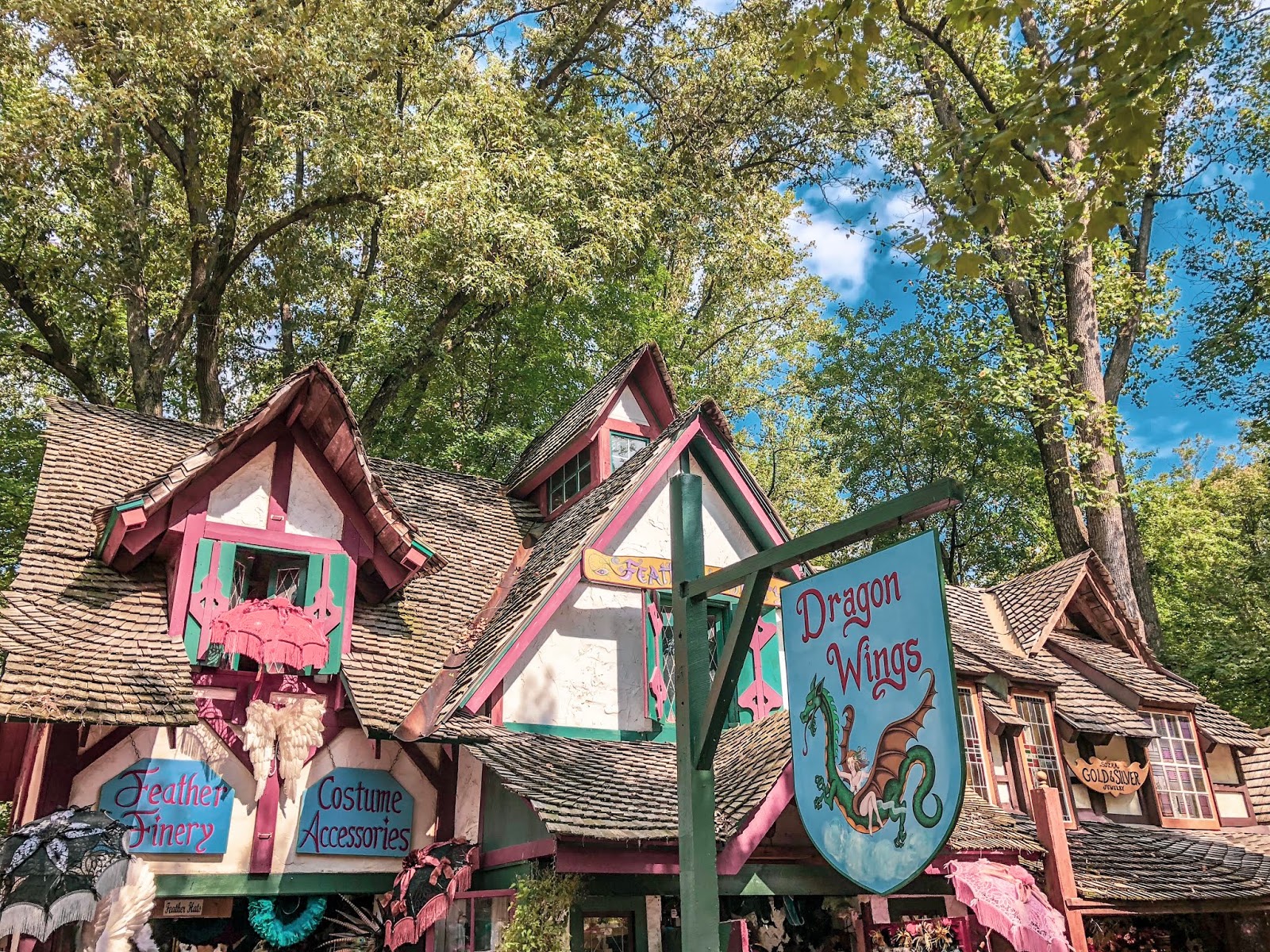 I wake up in a bit of a haze, vodka sprite from the night before still on my mind. Molli’s visiting for the weekend, so I get up to take her out right away. She’s so excited – I’m never awake before 9AM on a Saturday.

I had set my alarm extra early just in case my hair decided to have a mind of its own. Luckily, it didn’t. The hardest part is trying to afix my flower crown. Did my head get bigger over a year? 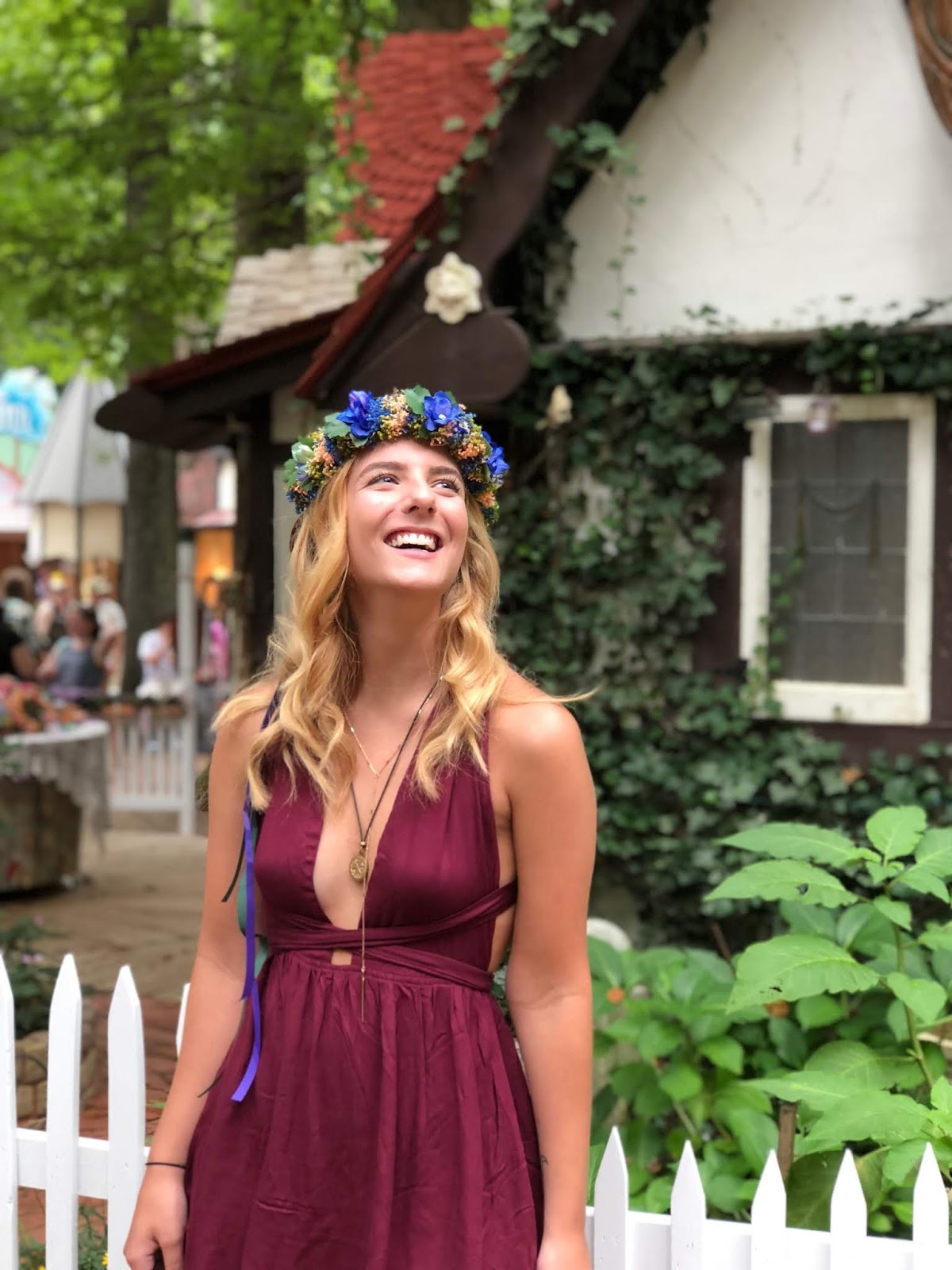 The Ren Faire is in a place called Crownsville, Maryland. As we’re driving there, I start to wonder if it got its name because of the Ren Faire or the name is just happenstance.

Turns out that Crownsville is actually a very old town that predates the Ren Faire, and the only other semi notable thing about the place is a vacated, probably haunted asylum (which is located about a mile from the faire grounds). I don’t remember passing the asylum last year, but we definitely notice it this year. It’s huge – Some sections are kind of beautiful, while others look like a place Buzzfeed Unsolved should visit. So if you’re in the area and looking for a creepy spot to peruse, check this place out.

–––––––––
This particular Ren Faire takes place in a Tudor village during the time of Henry VIII and Catherine of Aragon. So just imagine… we are now stepping back in time for the day.
We finally arrive at the faire, and we’re both starving. There are a lot of food options, but we play it safe and get chicken tenders for lunch. The fries are amazing – think Boardwalk Fries. The chicken tenders… not so great. One year maybe I’ll buck up and get the giant turkey leg, but this isn’t that year.
Top Tip: The Ren Faire is mostly cash only, so bring cash or be prepared to use the ATMs on-site. 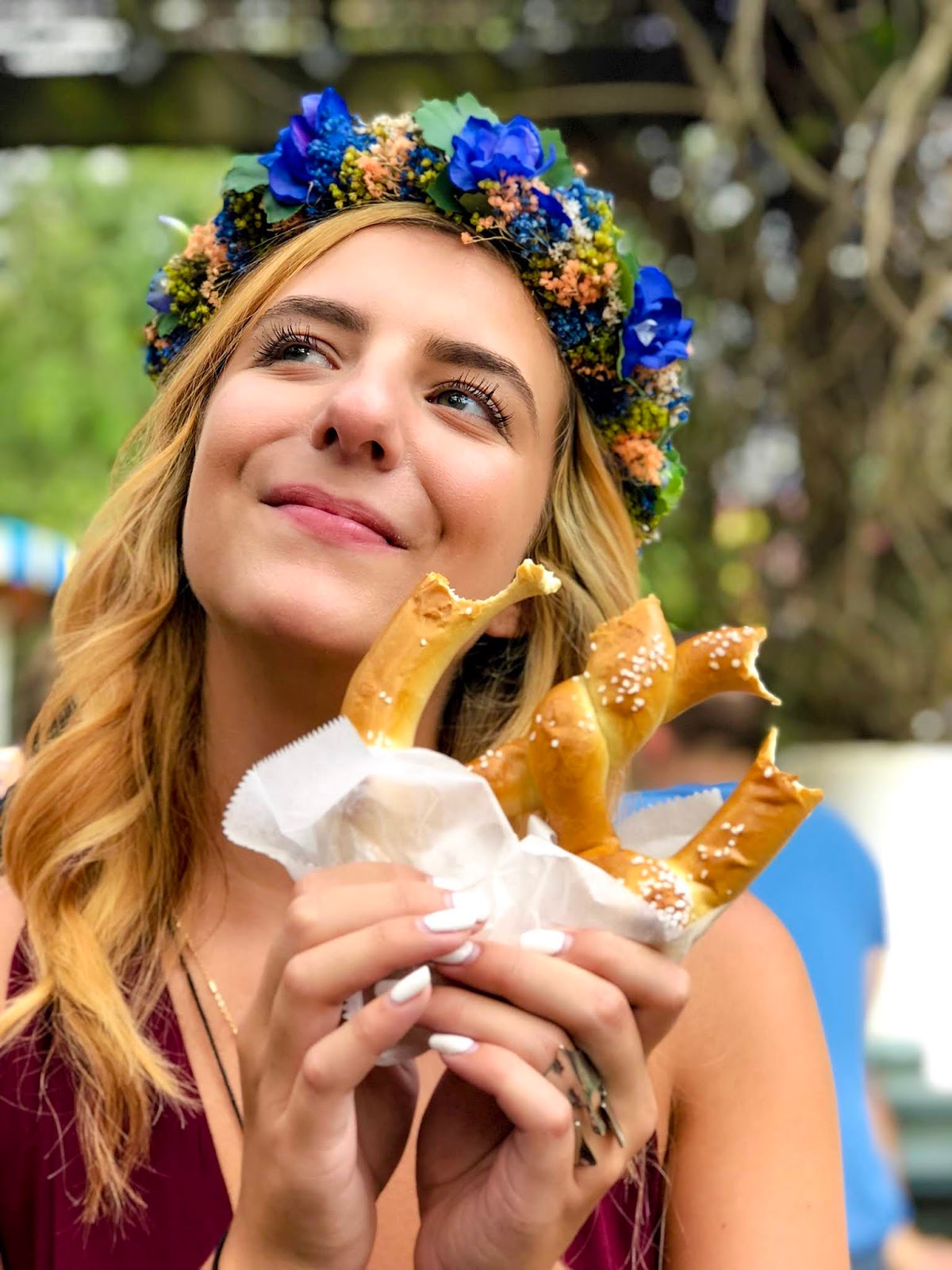 This is Natalie’s first Ren Faire visit, so naturally we have to find her a suitable flower crown. My crown is probably one of the best purchases I’ve ever made. Do I wear it often? Not at all. But they’re beautifully handmade, last forever, and it hangs on my wall waiting for a time when I can look like an ethereal flower child. Honestly, we should wear them more often. They rectify even the worst bad hair days.

Last year’s visit was my first time back at the faire in a while, so I was very overwhelmed. This is the second largest Renaissance Fest in the country. The grounds feel like they never end. This year, I have my bearings. So we explore every pathway, artisan, and alcove we can find. 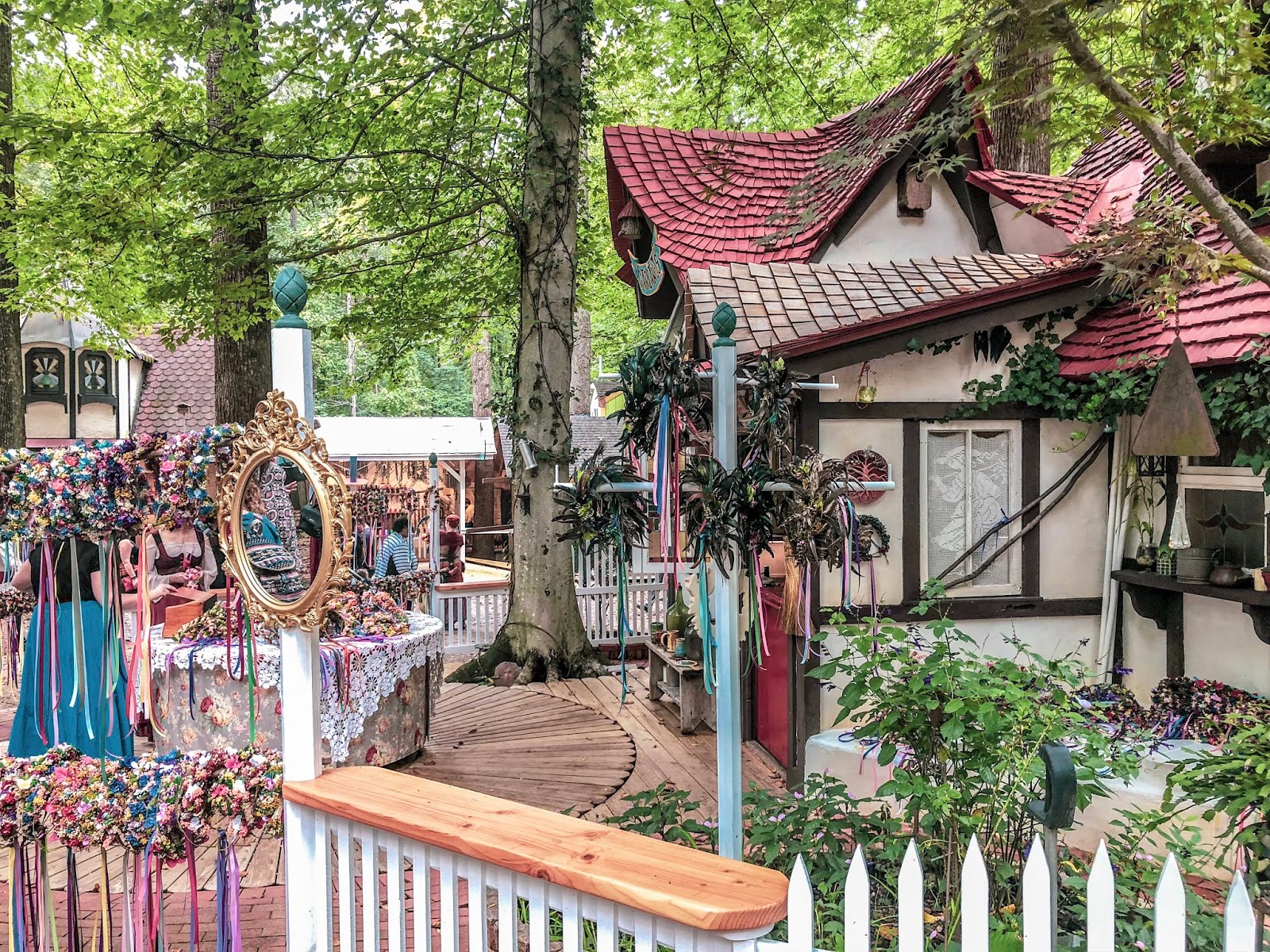 There are a lot of shows that take place throughout the day, but the main thing I want to see is the jousting. There are three consecutive shows throughout day, and together they make up one big storyline.
Fun Fact: Jousting is the state sport of Maryland. But at the Ren Faire, they do more than just joust. There’s trick riding, chariots, and sword fights. It’s a full theatrical show. We watch all three this year, and move to different spots for every show. It’s just as spectacular as I remember. 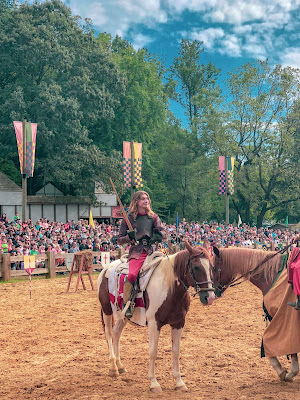 After our lunch, we get some rootbeer floats and sit down for a Shakespeare show. I haven’t had a rootbeer float in eons, which makes it even more refreshing. The acting troupe is called the Vixens En Garde, and the show is performed by three women, acting out Romeo + Juliet with a middle-aged Dad from the audience playing Juliet. It’s an entertaining, exuberant version of the story, with more adult humor than I ever expected.

After scouring all the shops, full of leather mugs, wooden carvings, corsets, and jewelry, I finally settle on an exquisite, iridescent ring – one that I’ve worn every day since.
We close the day out with soft pretzels and ice cream cones. Now, if you know me well, you know that I love ice cream, but never in a cone. They’re messy, and honestly I don’t think the cones taste very good. That being said, I’m feeling daring and decide to get a big scoop of chocolate ice cream in a waffle cone… And it’s the most delicious thing I’ve eaten all day. Totally worth the waffle cone mess. 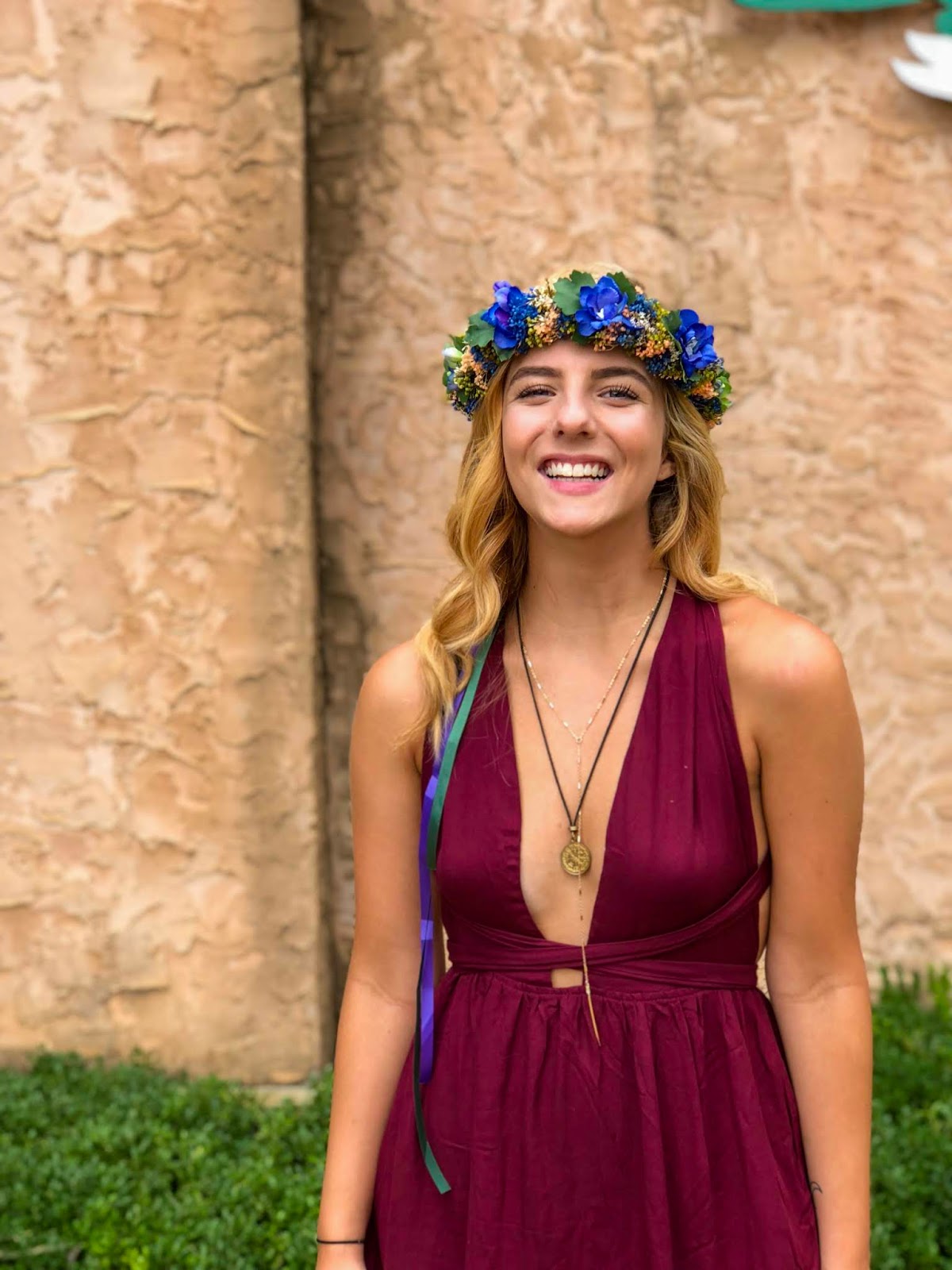 The Maryland Renaissance Faire is still happening for two more weekends, so make sure you get to Crownsville and travel back in time for the day!
If you don’t live in Maryland, most states have a some type of Ren Faire throughout the year, so if you’ve never been to one, GO!

It’s such a unique experience, and you simply must go at least once in your lifetime. Even if you don’t think it’s your “kind of thing”, go anyway and give it a try. Be open-minded, curious, and let yourself have fun (that applies to everything in life honestly).
If you want to check out last year’s trip to the Ren Faire, go here.
And don’t forget to check out Lauren’s day in Alicante, Spain over at Diary of a Spanglish Girl! 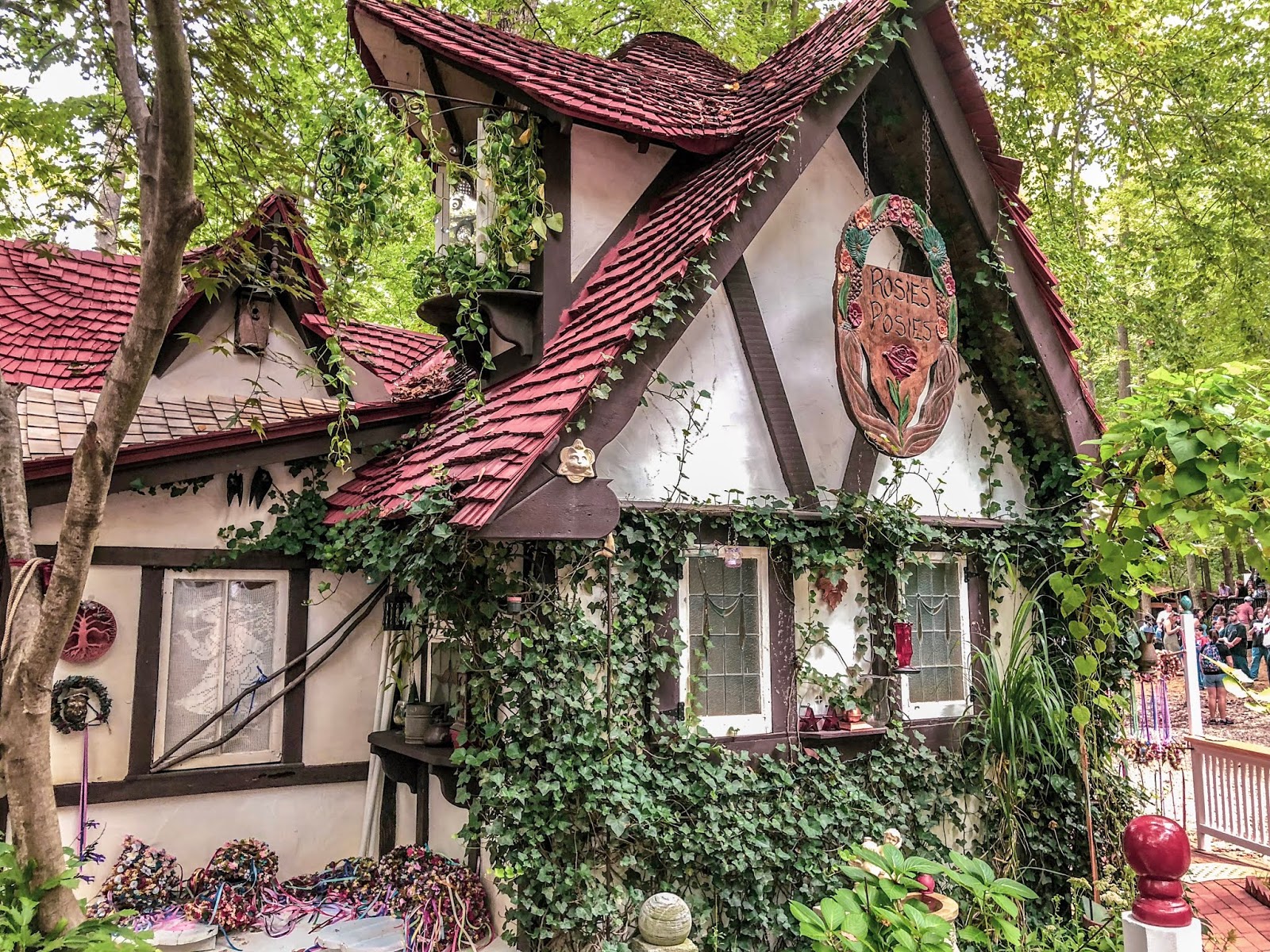 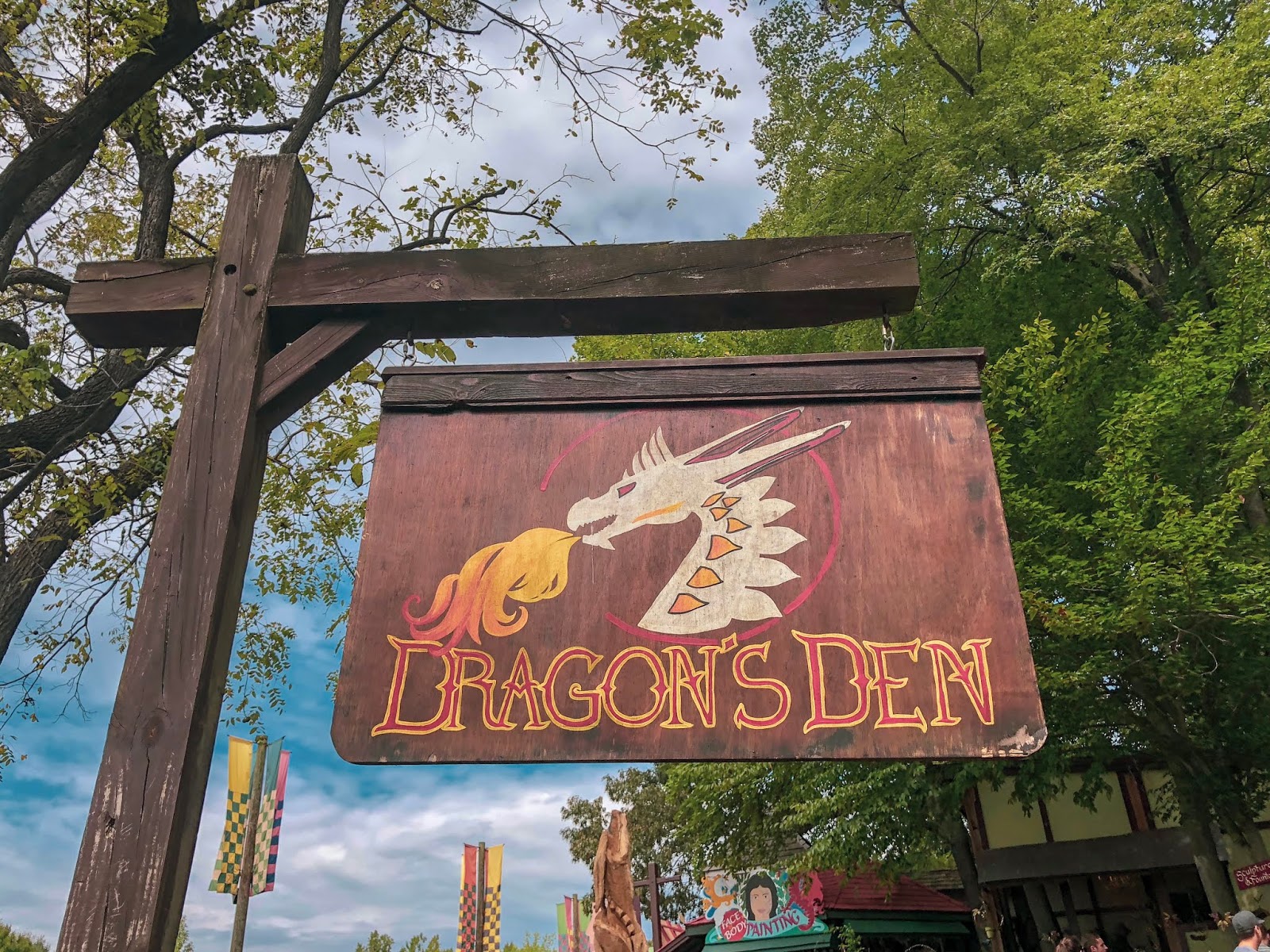 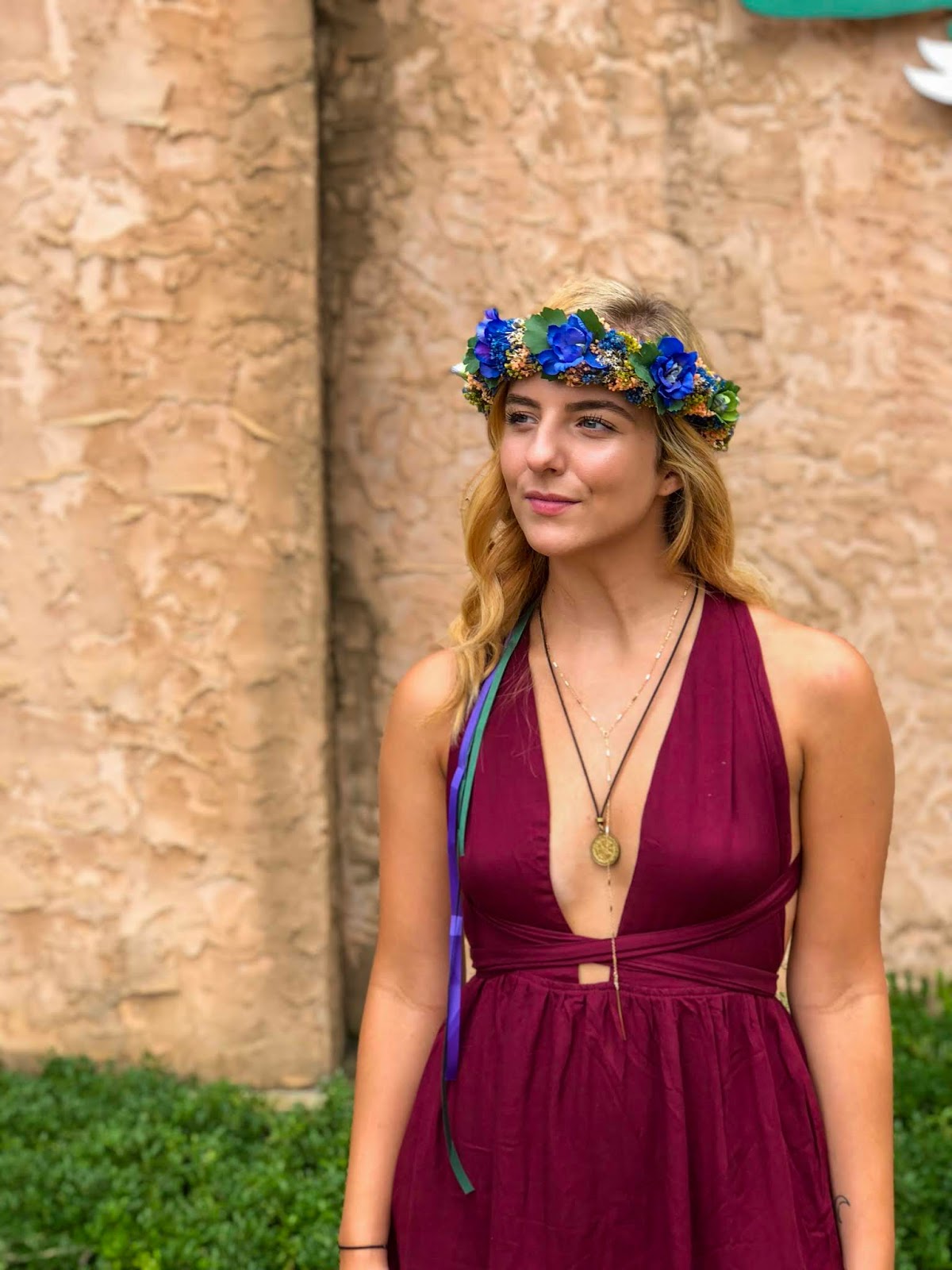 Faerie Queens at the Ren Faire