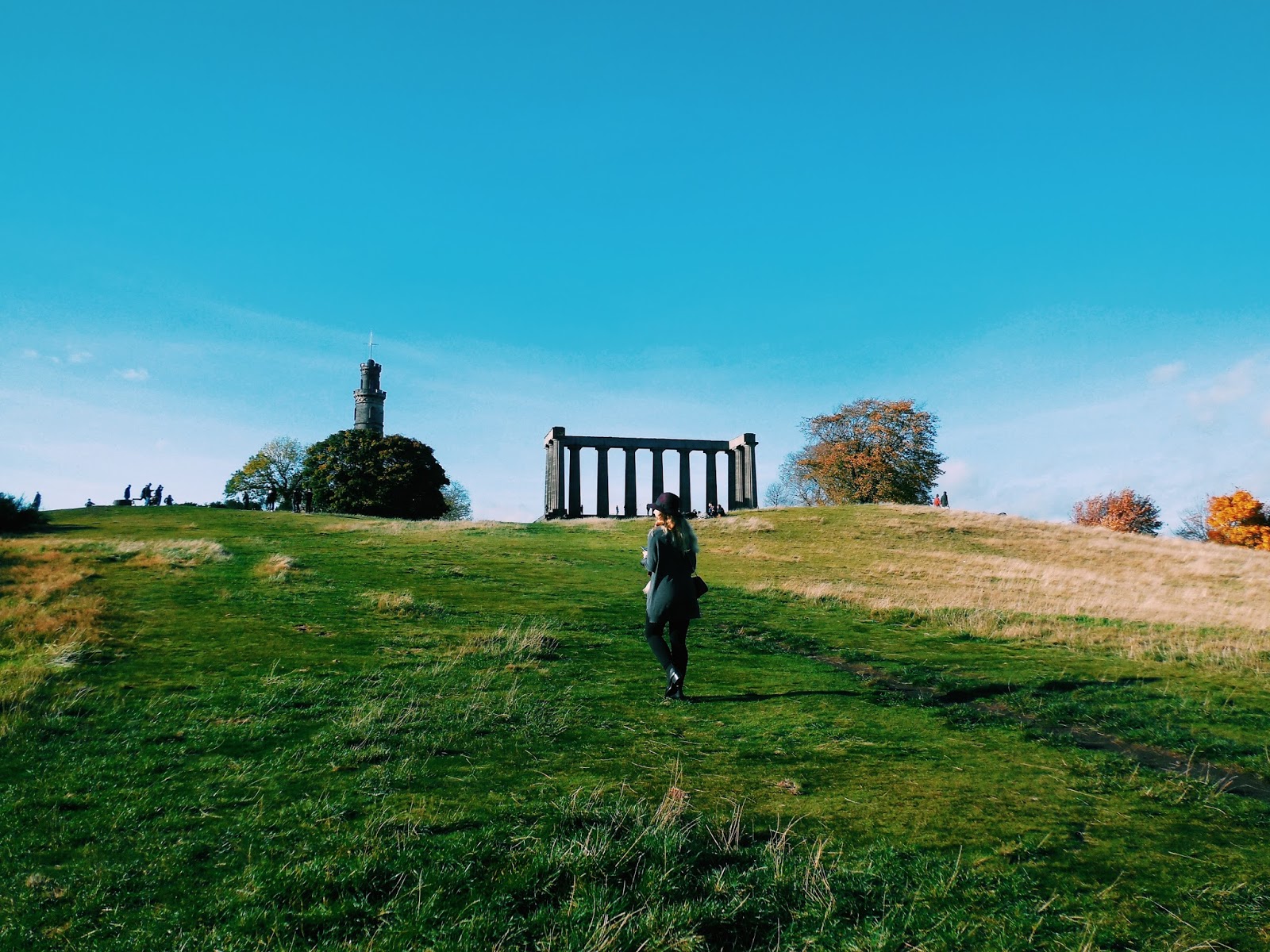 I’m going to give a disclaimer now, before I offend any Glaswegians (is that the right term?). I definitely need to spend more time in Glasgow to give an accurate, full opinion, but for now I can at least give my initial reaction and thoughts.

So… to be honest, I don’t have the highest opinion of Glasgow simply because, for me, it pales in comparison to Edinburgh. Me and my traveling companion, Meridia, were pretty exhausted and literally just catching a flight from Glasgow to Dublin because it was cheaper than leaving from Edinburgh. That’s the only reason we went there. Traveler’s fatigue was in full swing, so we didn’t get to explore the city’s best sites too much.

One of the main shopping streets was decked out in Christmas decorations and jingles… on November 2nd. Though I definitely know some people who would moan and groan about it, I absolutely loved it.

Now for the negatives… so Glasgow is hands down the smokiest city I’ve ever experienced. I hate the smell of cigarette smoke. Yes, Europeans smoke a lot more. It’s fine. I got over it pretty quickly. But Glasgow was intensely smoky. It was legitimately hard to breathe whilst strolling along the streets at times. Maybe I just happened upon a lot of smokers that day, but I remember saying multiple times that this was the smokiest place I’d been on the trip.We shopped around a little, ate lunch, and then ended up seeing a movie. The theater was incredible. Most large American theaters are spread out and cover a lot of ground. This theater, and the one in Reading, was built up instead of out. It had at least 10 floors. Quite an experience. I think we saw Pan… it was horrible. But it was nice to relax and have a chill “travel” day.

Overall, it’s just a grungier city. I don’t necessarily mean this in a bad way. It has a lot of character… but it’s just not my scene. My stepdad, who has spent a lot of time in both Edinburgh and Glasgow, made the comparison of Washington DC and Baltimore. Edinburgh is obviously DC, and Glasgow is Baltimore. I live right outside of Baltimore, so no shade to the city, but the comparison definitely sticks.

I’d still like to return to Glasgow and see some of the prettier parts (like the uni for example), but I can assure you that I’ll never change my mind on the issue of Edinburgh v Glasgow. Why? Because Edinburgh is easily (for right now) my favorite place in the world. I’m not being hyperbolic. It really is my #1 place visited abroad and #1 destination. I fell completely in love with every aspect of the city – from architecture, to history, to the people. So much so, that I returned twice more after my first visit.

I visited Edinburgh in October 2015 (on Halloween!), February 2016, and April 2016 (my birthday!).
Aside from London, it’s the place I visited the most while abroad, and I fell in love with it more and more each time. Now I could easily go on and on about my love for Edinburgh, but for the sake of length, I’ll simply do a rundown of the highlights in the format of a travel guide.

1. Edinburgh Castle:
It doesn’t really “look” like a castle to be honest. I thought it looked more like a military forge.
That doesn’t mean it isn’t beautiful though. “It protruded from the rocky hill with grace and
confidence, looking as natural as a canyon, carved by God’s hands.”

The view from the castle is amazing. Inside the castle is mostly old military stuff, but there is one section that’s a bit more royal and castle-like.

Personally, my favorite room was Mary Queen of Scots’ chambers. I adore Mary Queen of Scots and everything about that period of history. You can actually go into the room where she gave birth to James I/VI… I was in complete awe and hardcore history fan-girling the entire time. 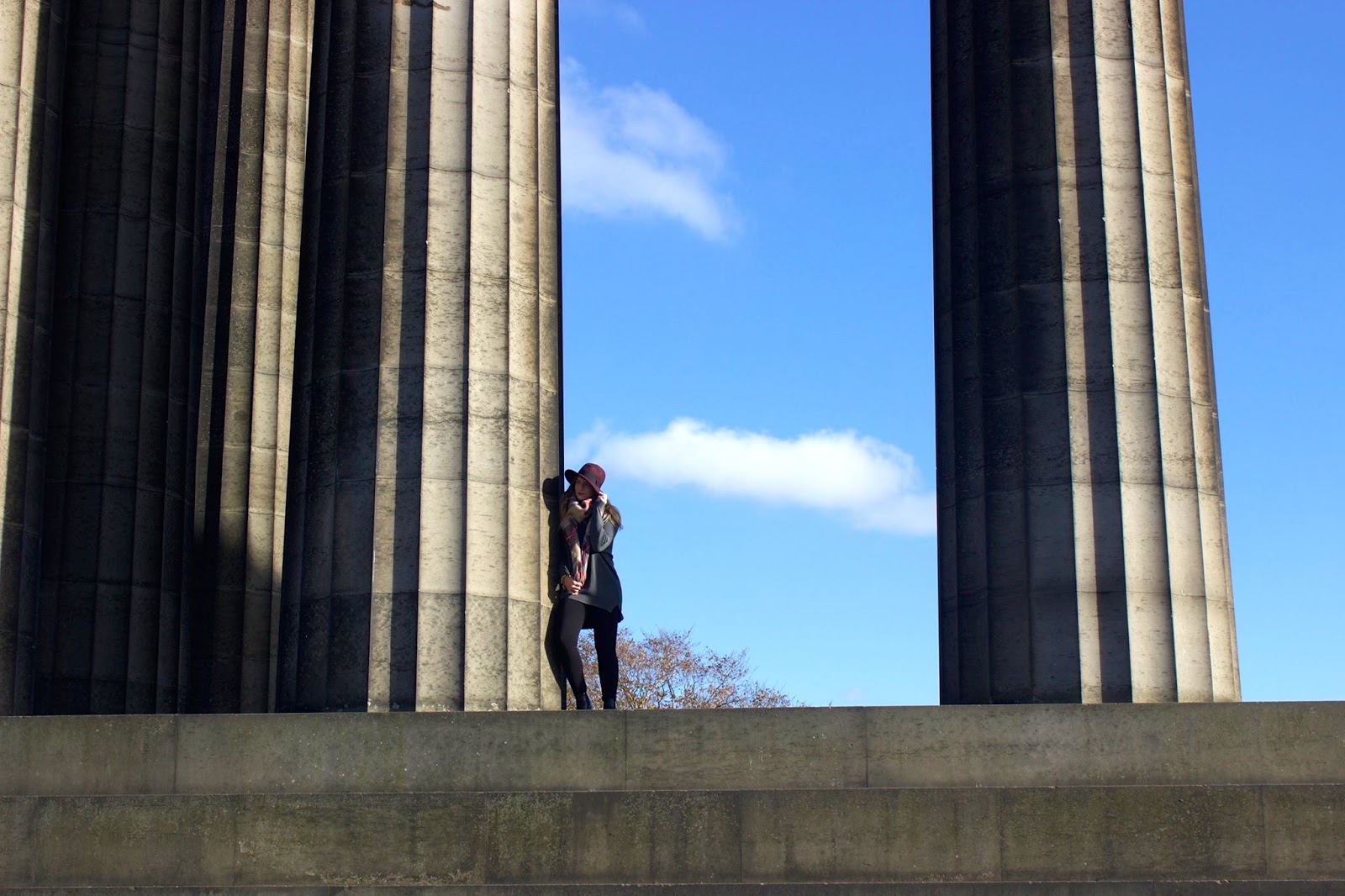 On one end of Edinburgh is Castle Hill. The other end has Calton Hill.

It’s a small climb to the top, but nothing like Arthur’s Seat. Calton Hill is filled with historical monuments and the view is breathtaking.

There’s a large pillared monument that people like to climb and get a good photo. It’s not low enough to climb onto easily, but it’s not high enough to be impossible. I didn’t make it too far the first time, and ended up with a giant bruise that Meridia said looked like “someone hit me with a horseshoe”. But I made it the second time. Never give up, kids.

3. Holyrood Palace:
Another Mary Stuart gold mine. You can go into her old bedroom, which has some pretty gruesome history. David Rizzio, one of her closest friends at court, was dragged out and stabbed an estimated 56 times. The spot where he was murdered still has noticeable staining on the floorboards. Sad… but also kind of morbidly cool to see in person. Not gonna lie, “experiencing” history gives me a major adrenaline rush. 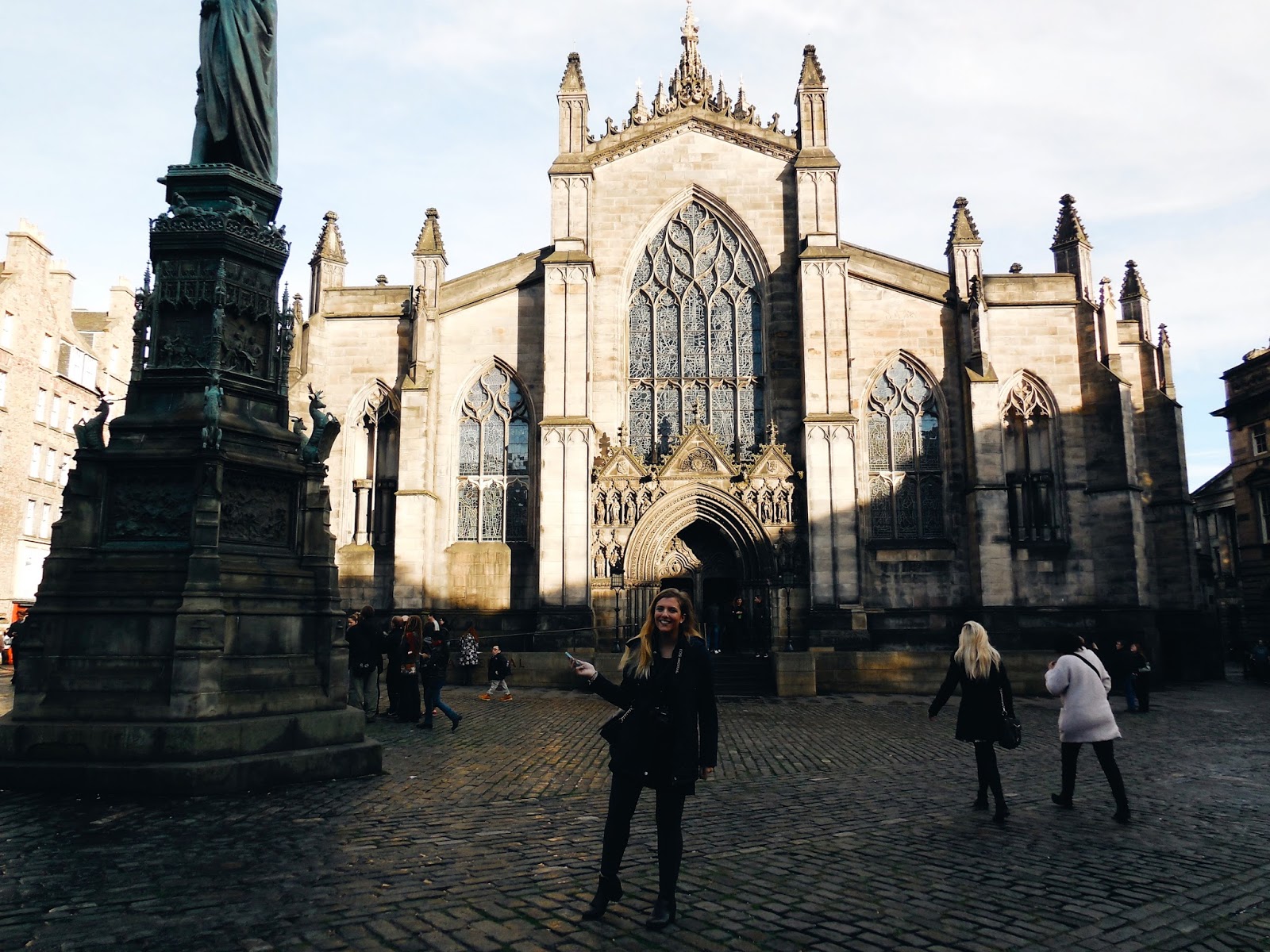 4. The Royal Mile:
The heart of Old Town. It’s a long cobbled stone street that spans from the castle to the palace. It’s full of cute shops, restaurants, closes (aka alleyways), and old cathedrals.

I’m just in awe at the layout of this city. It’s amazingly organized and extremely easy to navigate. That’s not to say you can’t get lost. Old Town is a mess of closes and cashmere shops. You can definitely get lost in there. But the “sections” and big historical attractions are easy to find. It may be a weird description of the city, but it’s probably part of the reason why I love it so much.

5. The gelato shop:
Me and Meridia are those people who eat gelato for lunch in October. Also, it was Halloween and the whole place was decorated for Christmas. The cashier was dressed as an elf and we took a selfie with him. Amazing.

6. The pubs:
Quaint. Cozy. Full of fireplaces and copious amounts of cider.
They are the embodiment of everything I love about the UK.

7. The Elephant House:
This is where J.K. Rowling started writing Harry Potter. It is, as they call it, the “birthplace of Harry Potter”. We didn’t eat here because we heard the food was overpriced and not anything exceptional. We did, however, use the restroom. If you’re a Potter fan you must go into the bathrooms. They are covered with Harry Potter quotes, names, and drawings. It’s quite an experience.

I bought three rings (two my first trip, one my second). They’re well-crafted and I wear at least one or two of them every day. On my last trip, I splurged and got a cashmere woolen blanket scarf that’s about to be brought out soon for the cold weather. It’s soft, warm, and covered in beautiful shades of blue.
Sadly my Dean’s round shortbread biscuits are gone… 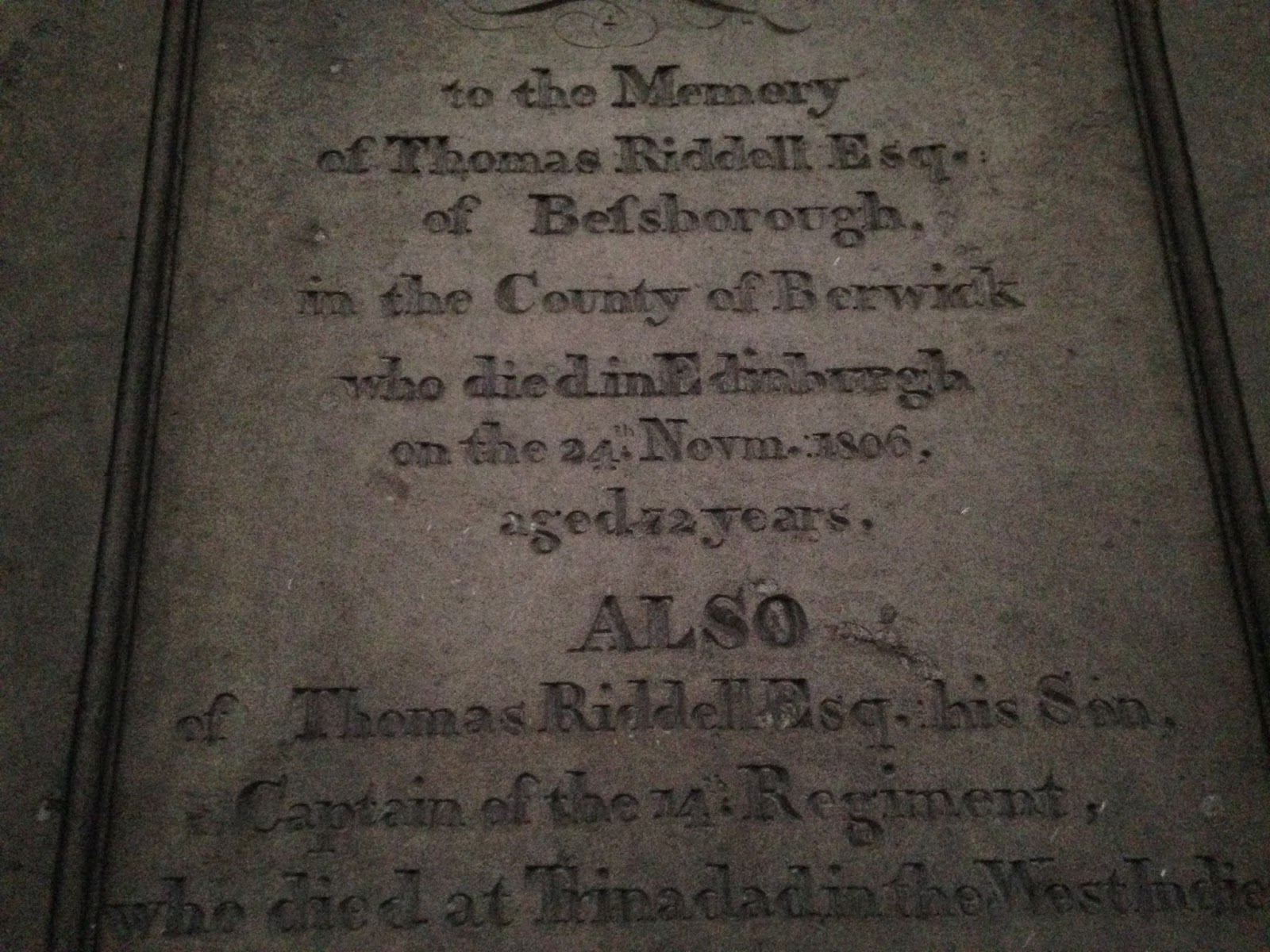 Bobby was the name a Skye Terrier who supposedly guarded his owner’s grave for 14 years. He has a little statue outside the cemetery, and people rub his nose for good luck.

The cemetery is huge and kind of spooky, which I loved. The spookier the better. Meridia and I actually split up and explored it while the sun was setting. It was a very cinematic experience.

There’s also a special gravestone for Harry Potter fans. Apparently it was here that J.K. got inspiration for the name Tom Riddle. There’s a gravestone with the name “Tom Riddell”, which took us about half and hour to find. Definitely worth the visit.

10. The views and location:
The views from both Castle Hill and Calton Hill are truly breathtaking. On a clear day you can see out past Leith to the North Sea. You can also see the beginning of the Scottish Highlands… which brings me to why I especially love the location of Edinburgh.

The city is basically located at the mouth of the Highlands. It’s the perfect place to stay if you want to take a tour of them, and believe me… you do. There’s something truly magical about the Scottish Highlands, which is why I’m dedicating a whole blog post to them.

So stay tuned for Part 2 of my Scotland Travel Guide – The Highlands! 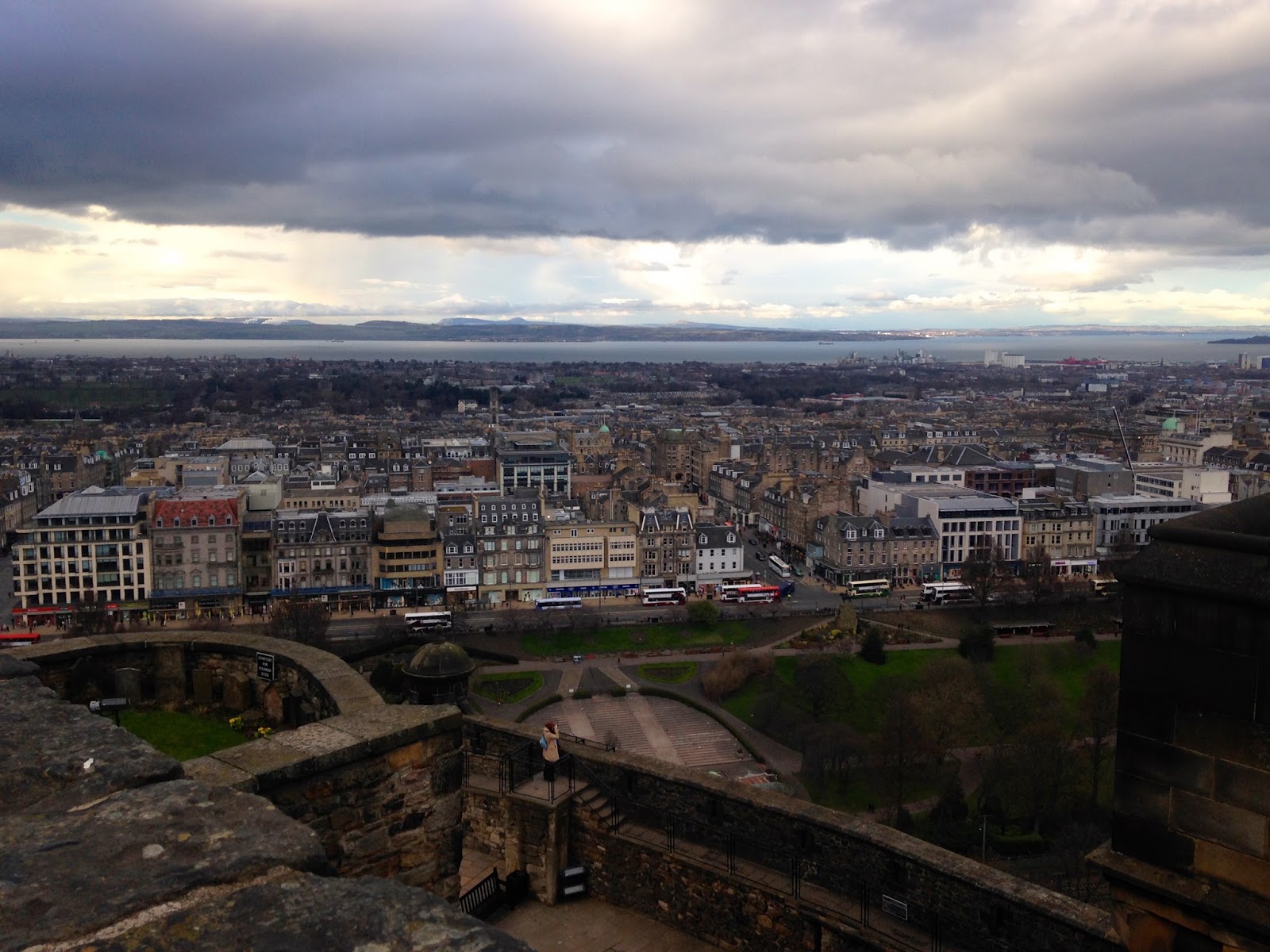 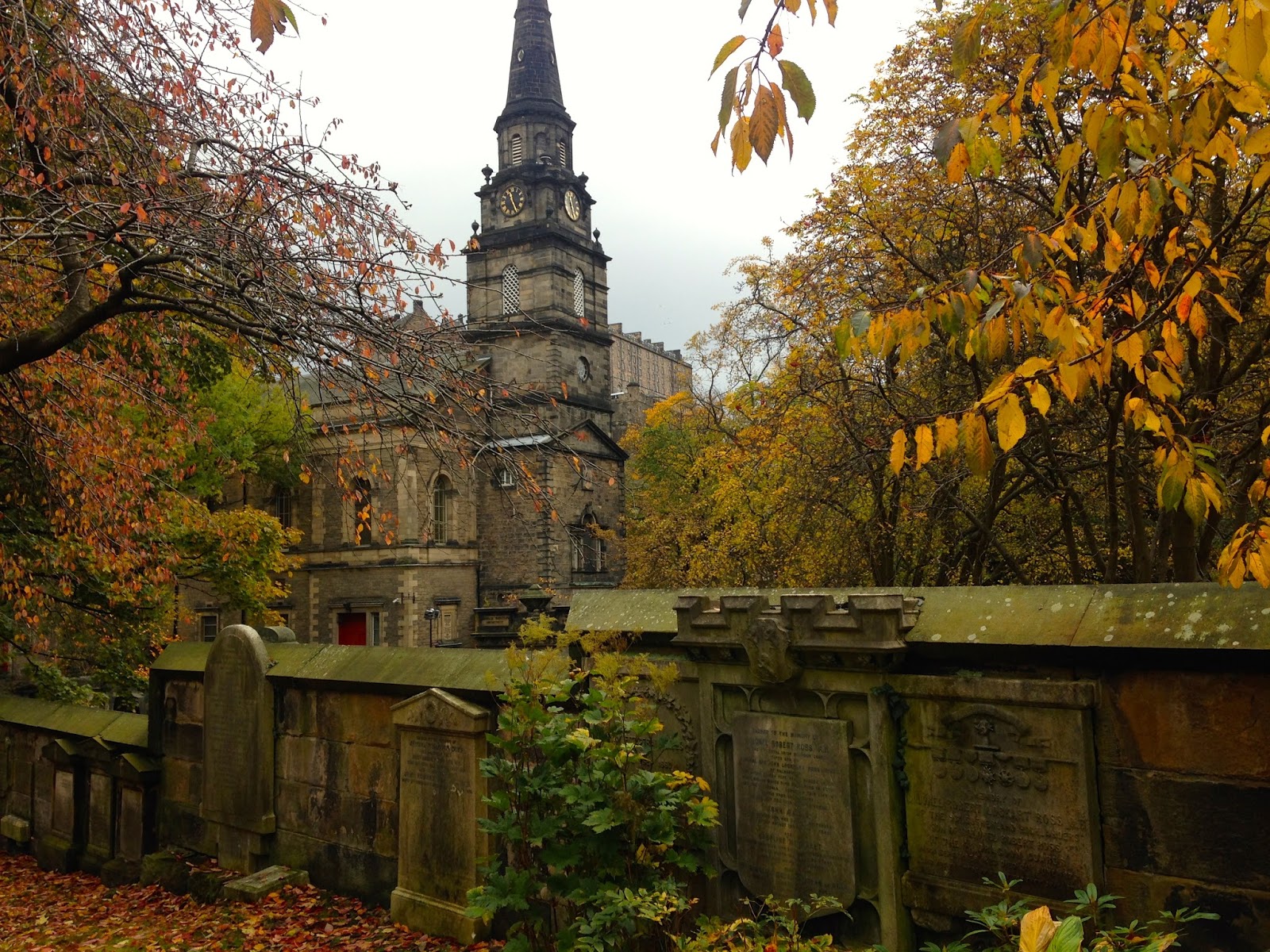 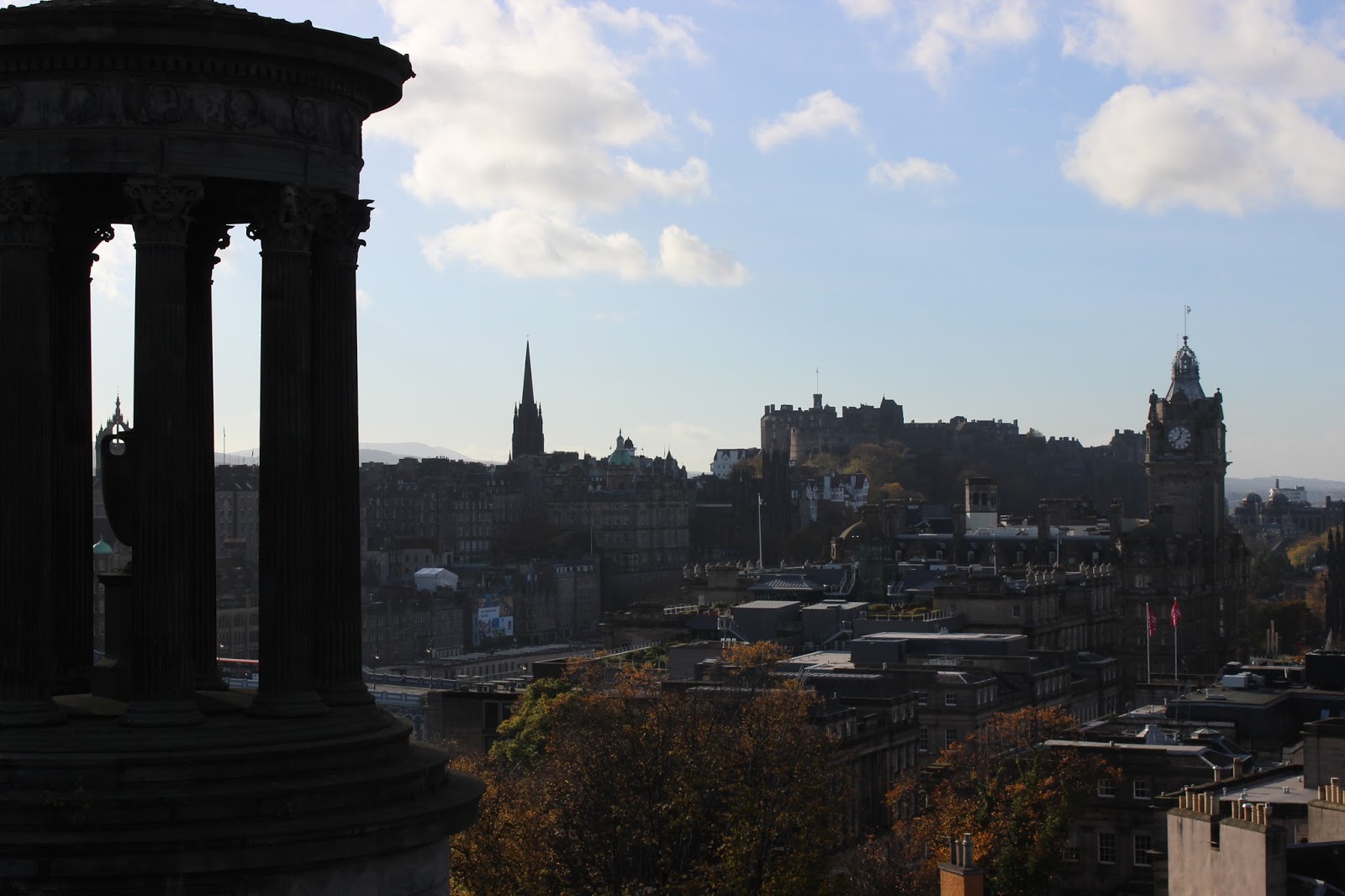 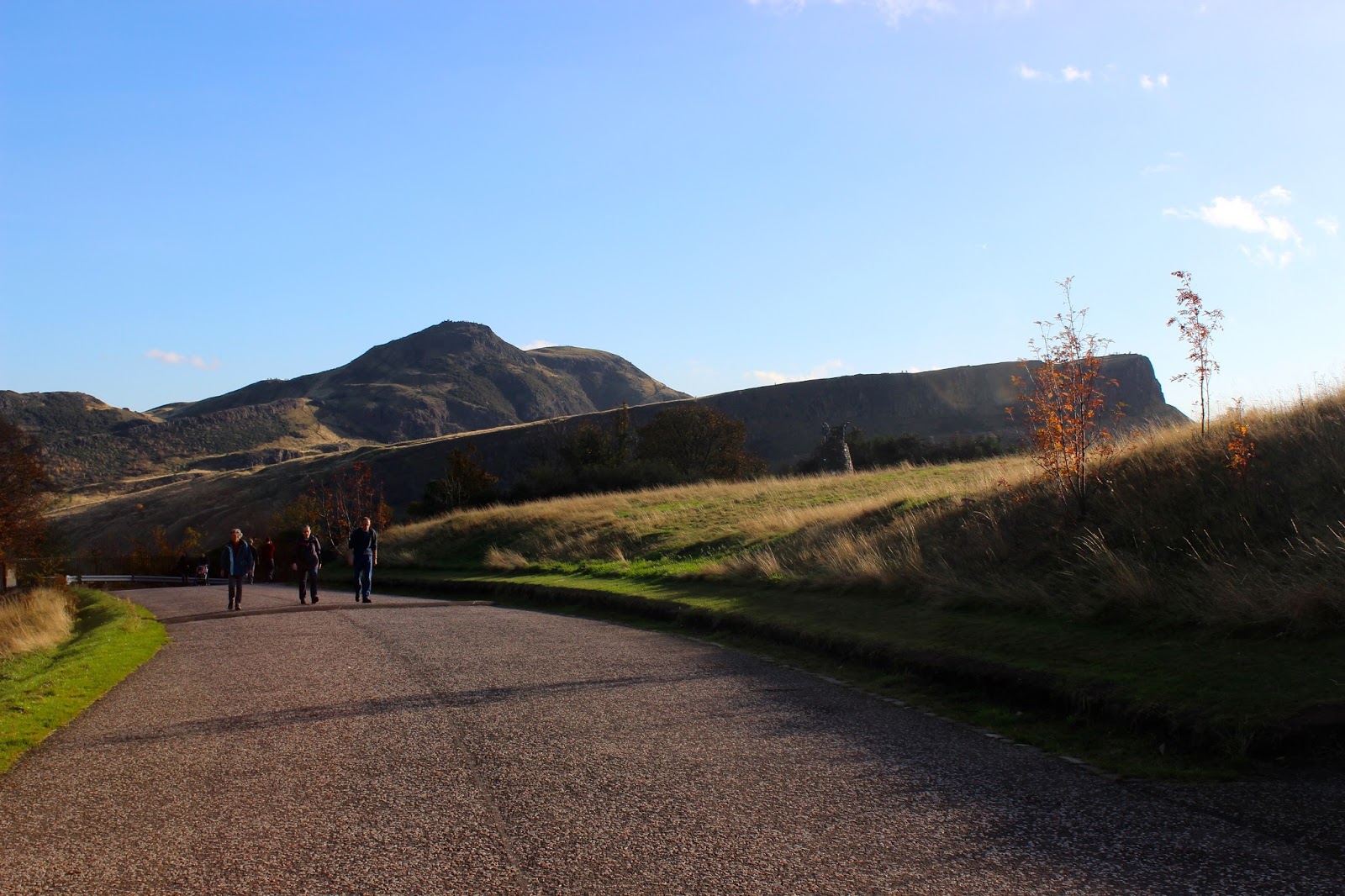 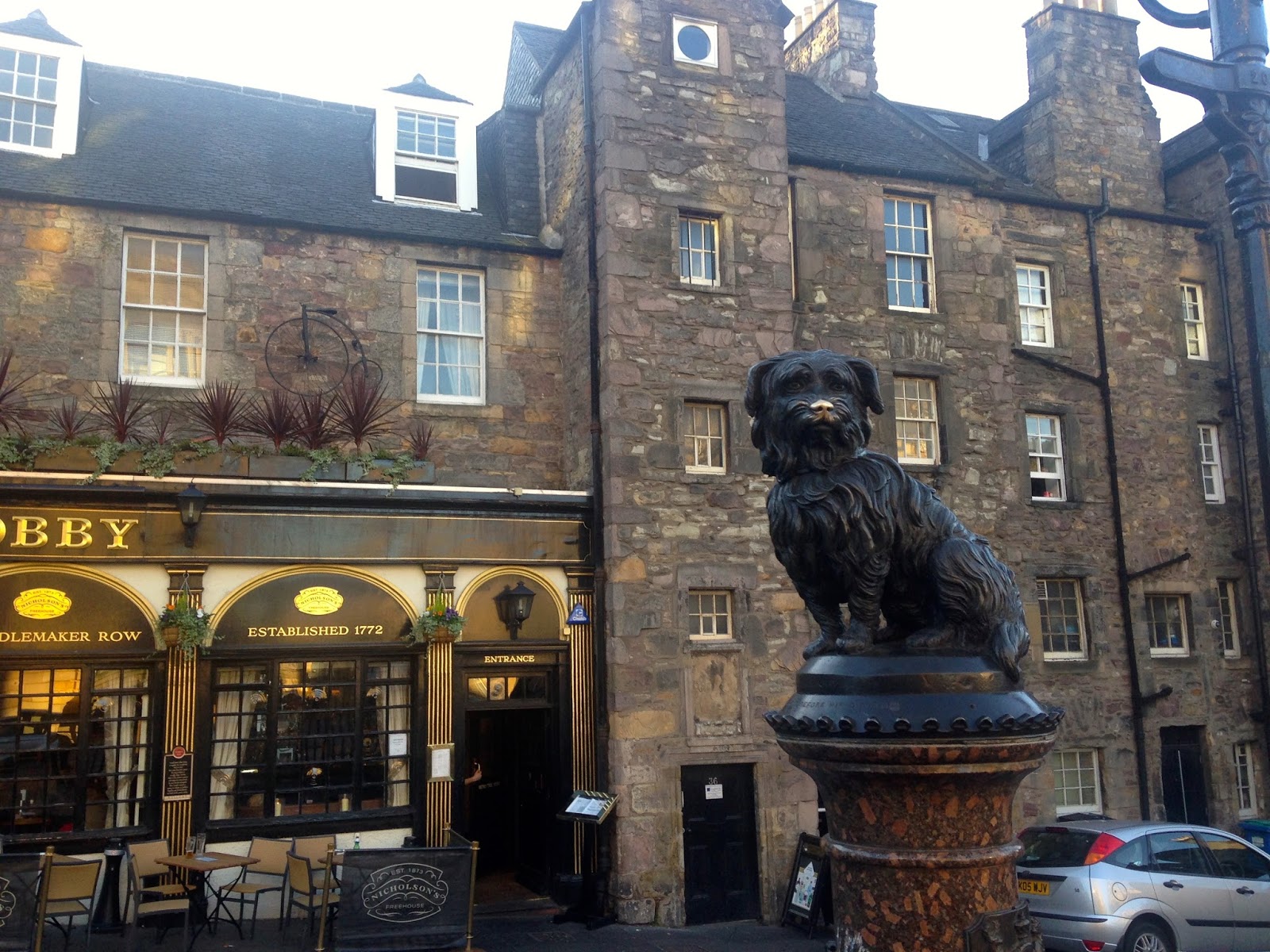 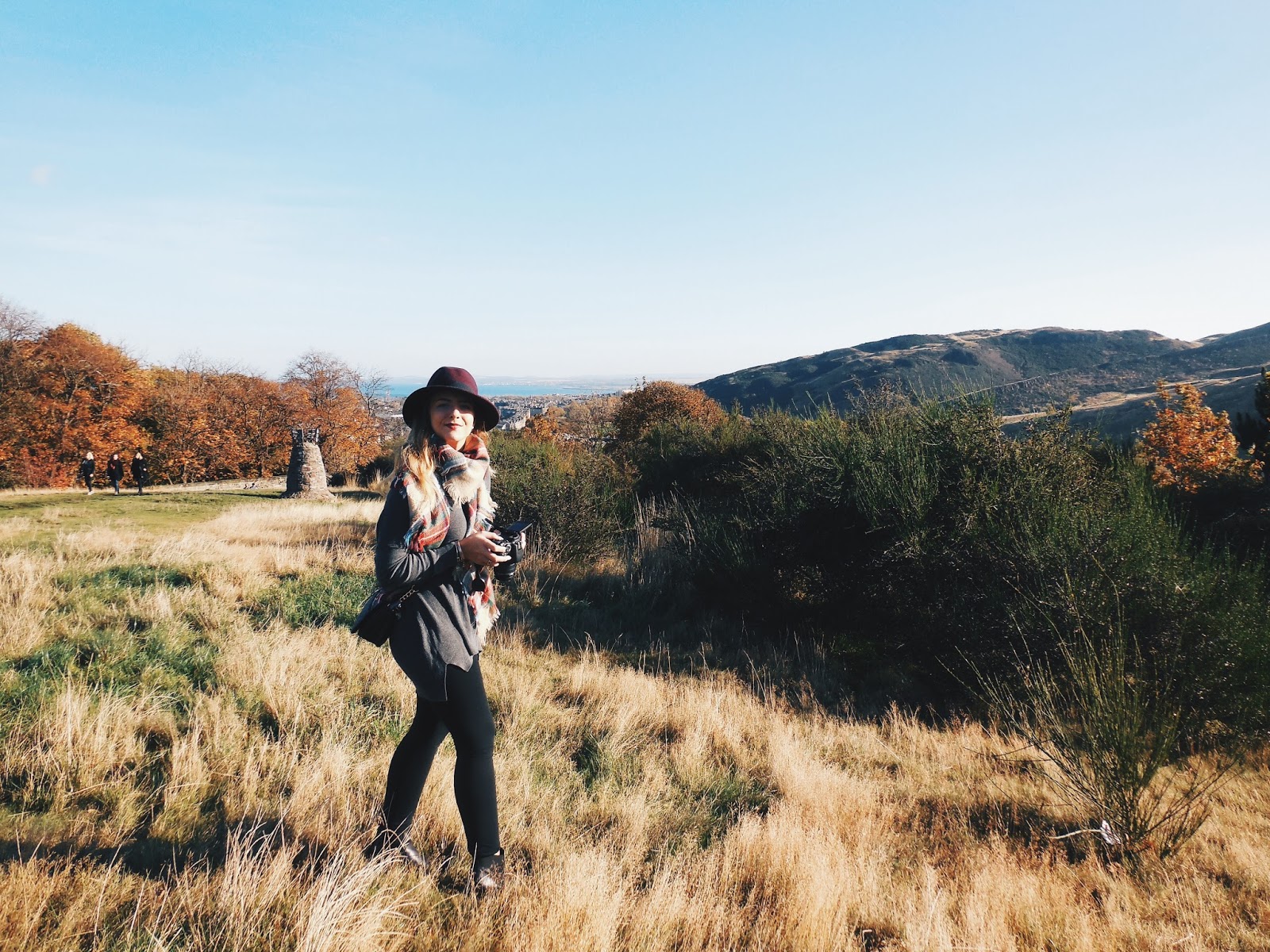 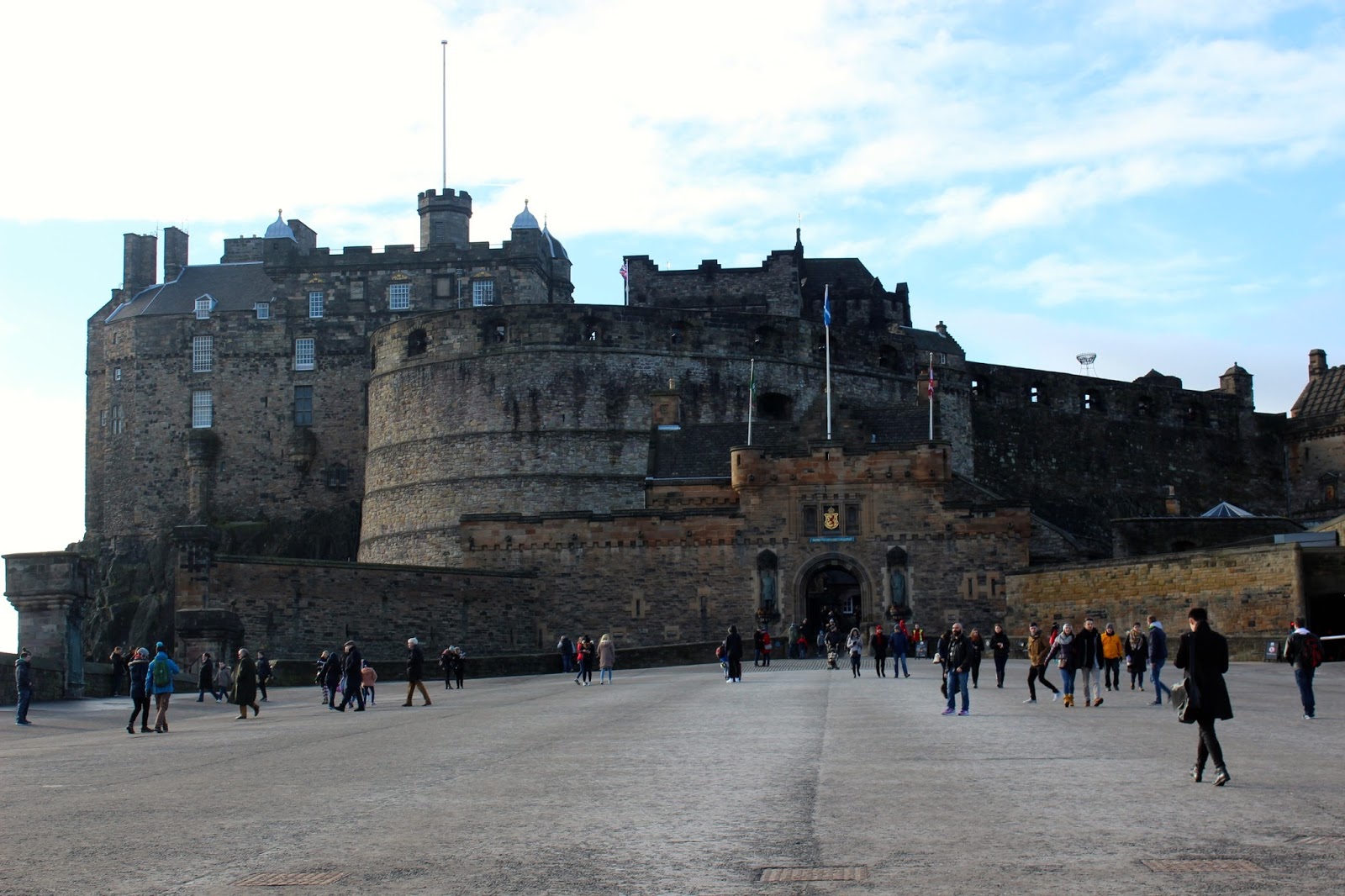 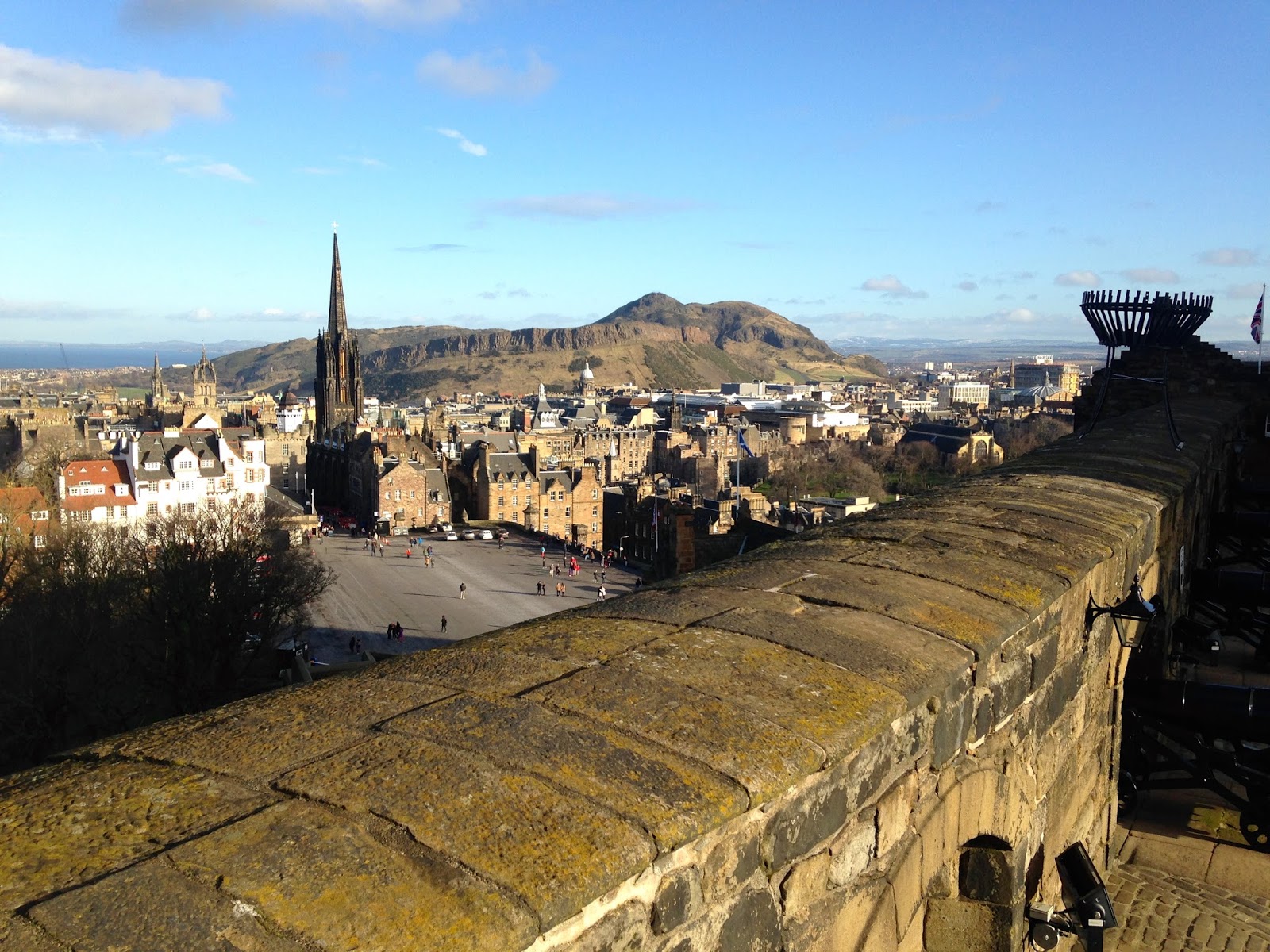 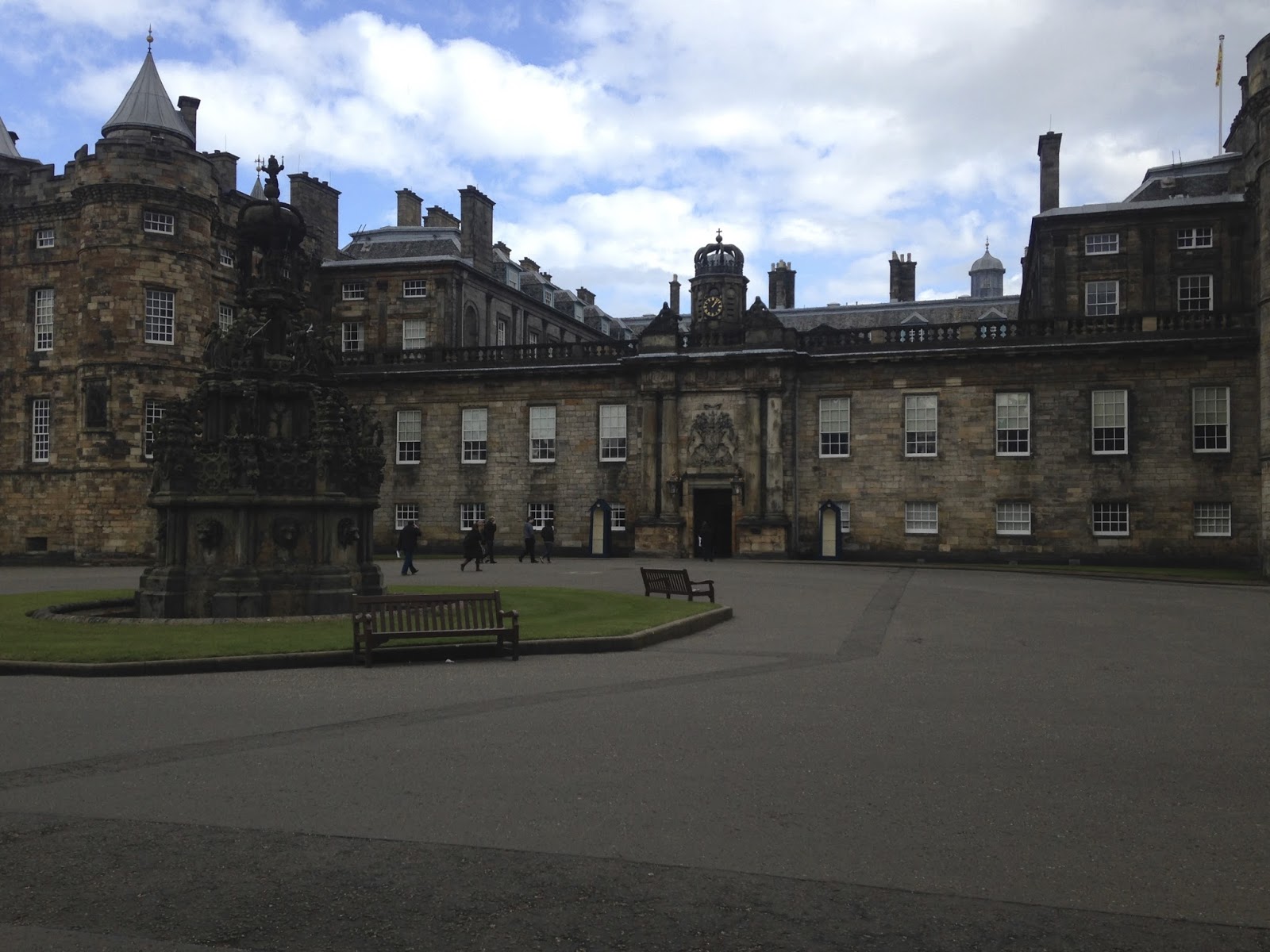 Packing for Study Abroad: How to Pack Your Life in a Suitcase

A Budget Weekend Guide to Seattle