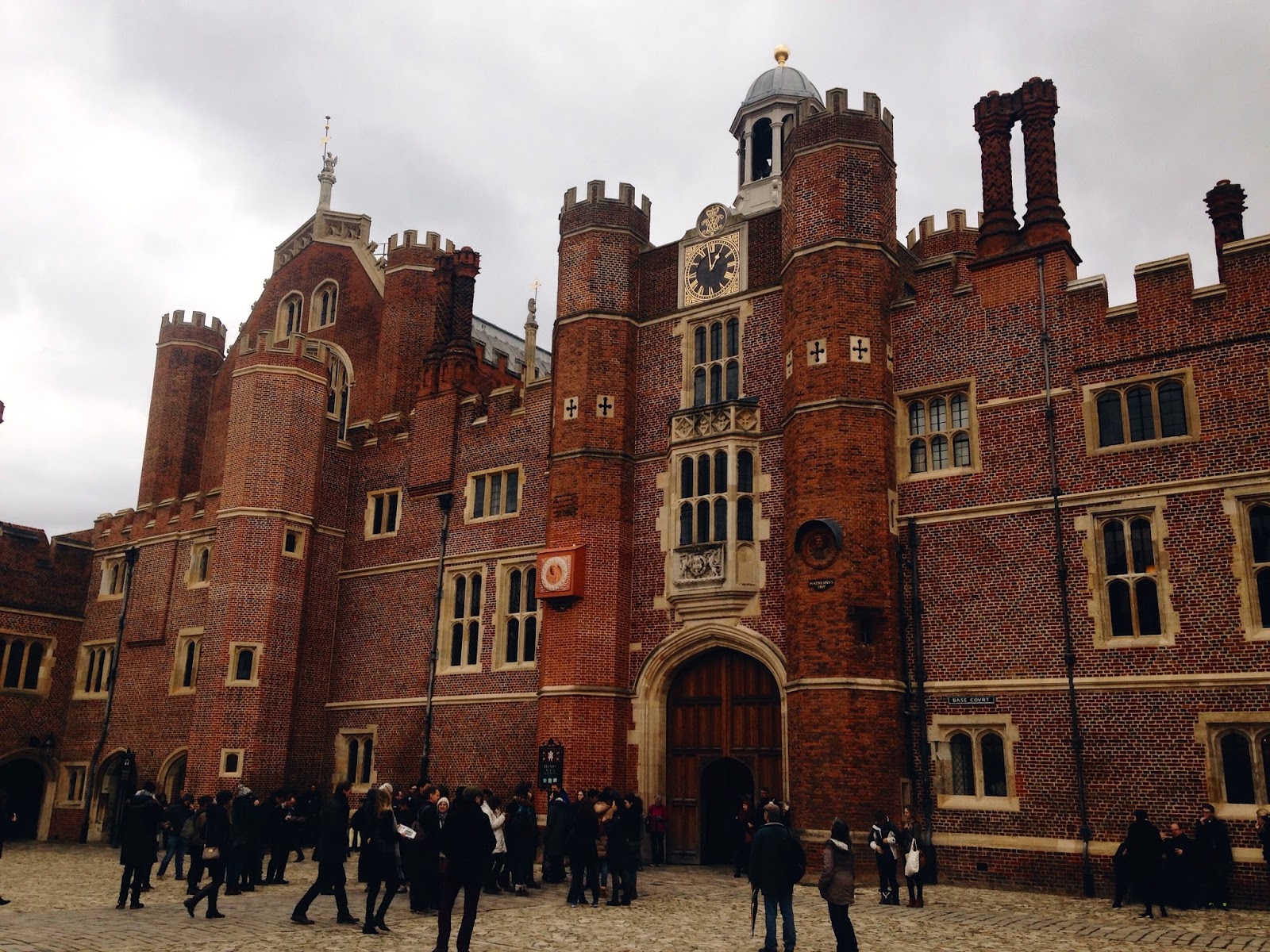 Divorced, beheaded, died. Divorced, beheaded, survived. Henry VIII and his wives are perhaps the most famous in British History, and his Tudor court is one of my favorite eras. So it’s no surprise that that Hampton Court, one of his homes, was top on my list of places to visit.

Hampton Court is split into two sections. One is the Tudor court, and the other is full of Baroque architecture that was constructed when William and Mary re-inhabited the palace. They’re very different architecture styles and clash so much that it doesn’t even seem like the same place. 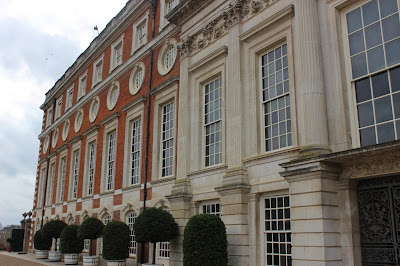 We took three trains to get to Hampton Court, so I guess you could say that we were pretty determined. It’s not that far from Reading, but we had to make lots of transfers. Also, I vividly remember almost missing one of our trains on the way back. But we survived, and it was 100% worth it.

The palace is located right beside the River Thames, which made transportation pretty easy back in the day. This is where Anne Boleyn would’ve been put on a boat to make her way down the river to the Tower of London. 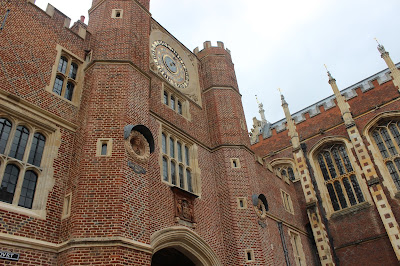 I had watched a documentary on Netflix before visiting, so I knew about the specific history of certain areas. My favorite was the hallway where Catherine Howard ran down, trying to find Henry and plead for her life. Apparently her ghost haunts this hallway and can be seen on the anniversary of her arrest. A love letter she wrote to Culpepper, one of her doomed liaisons, can be found on display here as well.

Everything is preserved and shown as it would’ve looked during Henry VIII’s time at court. The only thing that was a little disappointing is that they definitely don’t show you all of the rooms. You get to see the main, public parts of the court where Henry would’ve entertained guests. But you can’t see any of the private bed chambers, which is always my favorite part to visit.

One of the most famous parts of Hampton Court, oddly enough, is the kitchens. They’re huge and bustling with people reenacting what it would’ve been like during the Tudor era. Huge meals had to be prepared daily. There was an extravagant feast every day for Henry VIII.

A rather comical aspect of the palace is the main courtyard you enter through. It’s scattered with wooden statues of Tudor era people. Most of them look very unhappy and drunk. 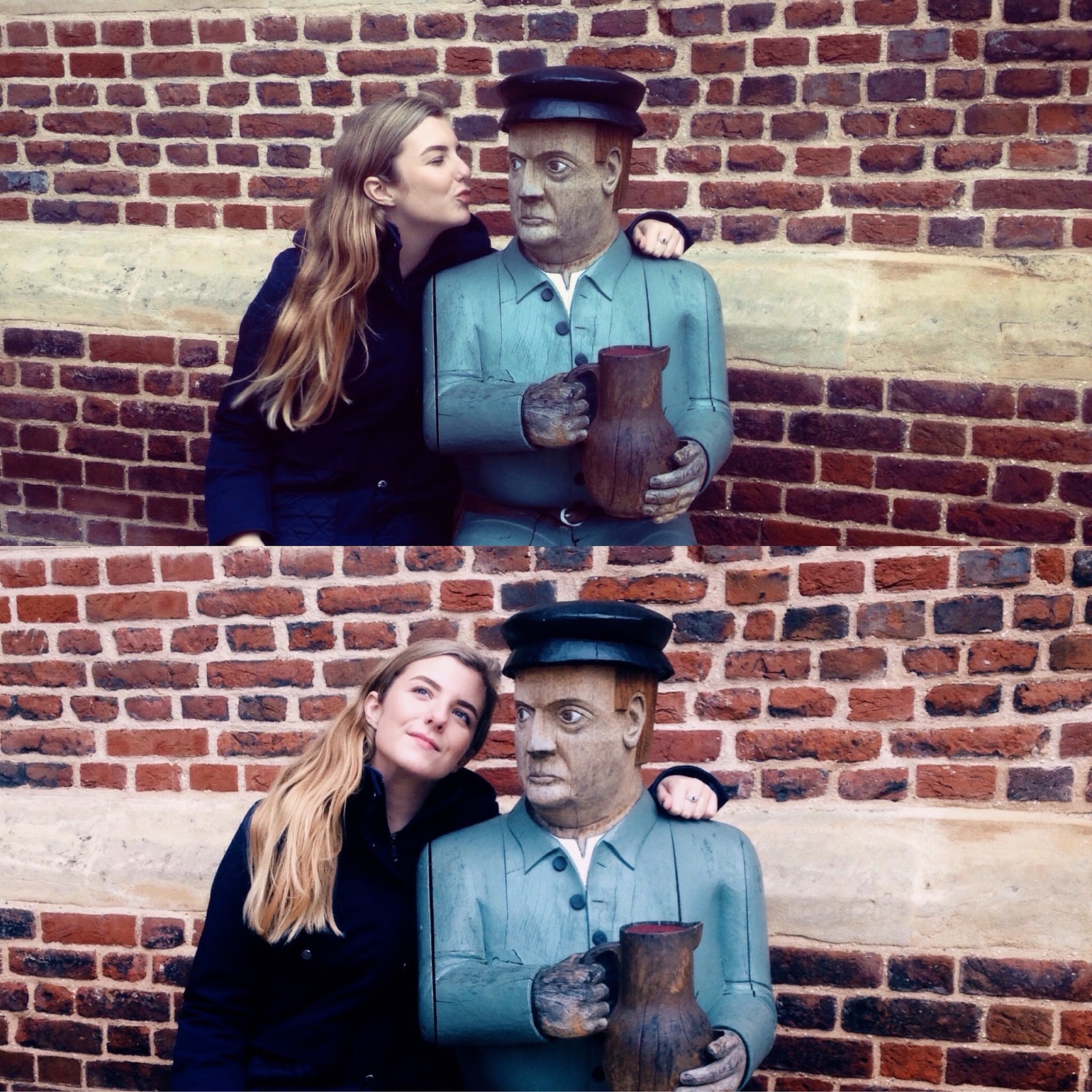 On this particular day, it was insanely windy. My hair was a knotted mess and eventually made its way into a messy bun. In the vlog, you can see (and hear) just how strong the gusts were that day. It was definitely one of the windiest days I remember abroad. Not quite as intense as the monsoon on the Cliffs of Moher, but still very, very strong, especially because it wasn’t even storming. 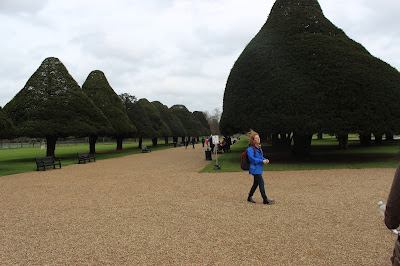 William and Mary’s area of the palace is definitely the most beautiful. Baroque architecture is so ornate and sophisticated. It reminded me of a mini Versailles. The murals were so breathtaking. I could honestly stare at this part of the palace for hours. Imagine living here though… 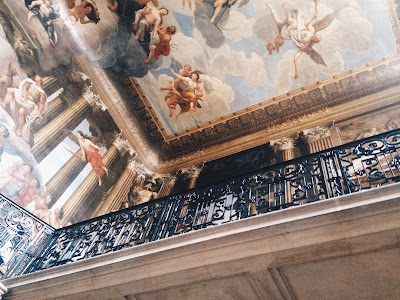 The town of Hampton is located right beside the palace, which was perfect for dinner. Naturally, we ate at Pizza Express and filled up on the iconic dough balls.

The highlight of the trip was the maze. It dates back to William’s time, and is actually pretty difficult to navigate. Did we finally make it to the center? Or quit halfway through? Watch the vlog to find out… 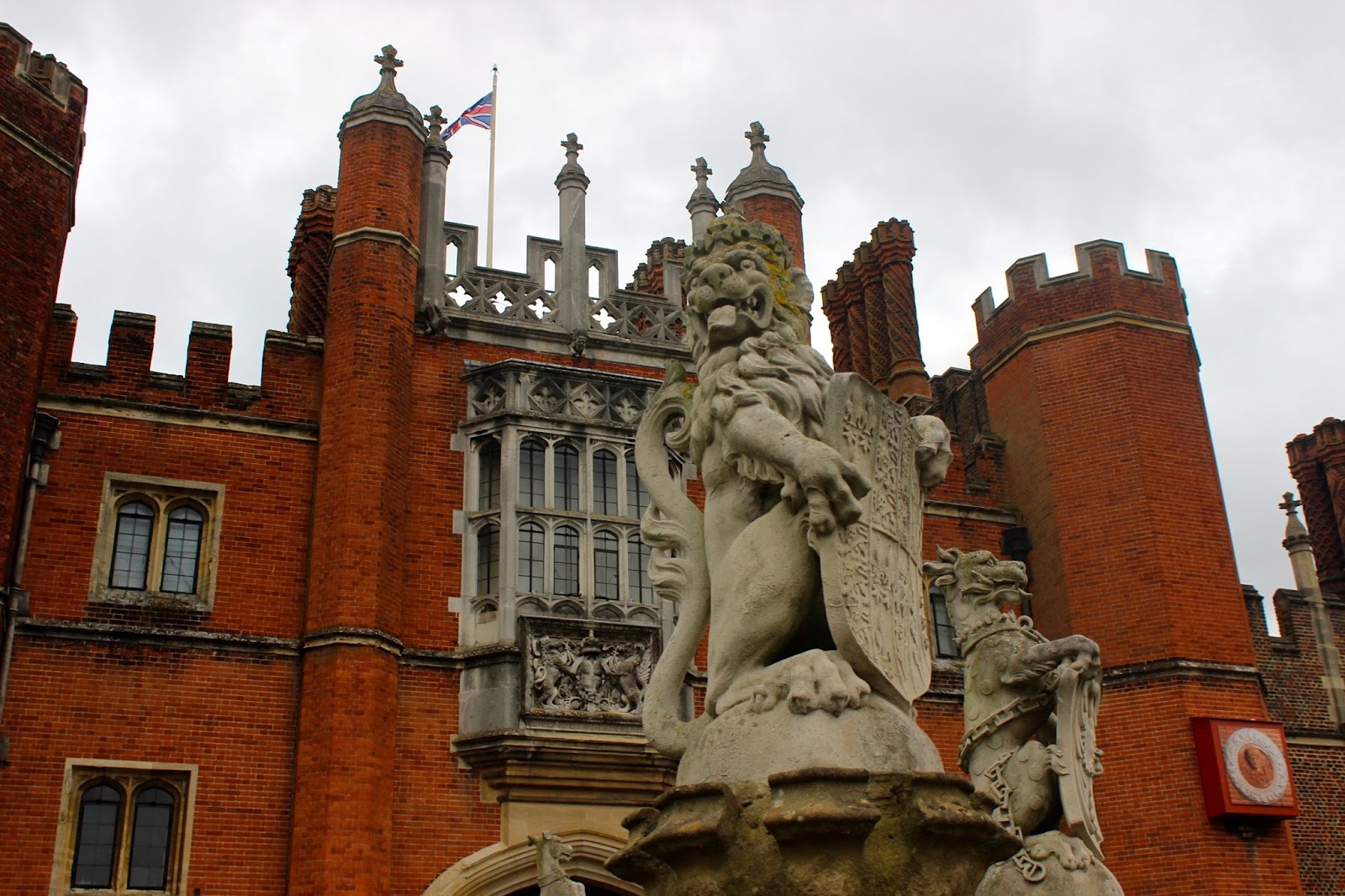 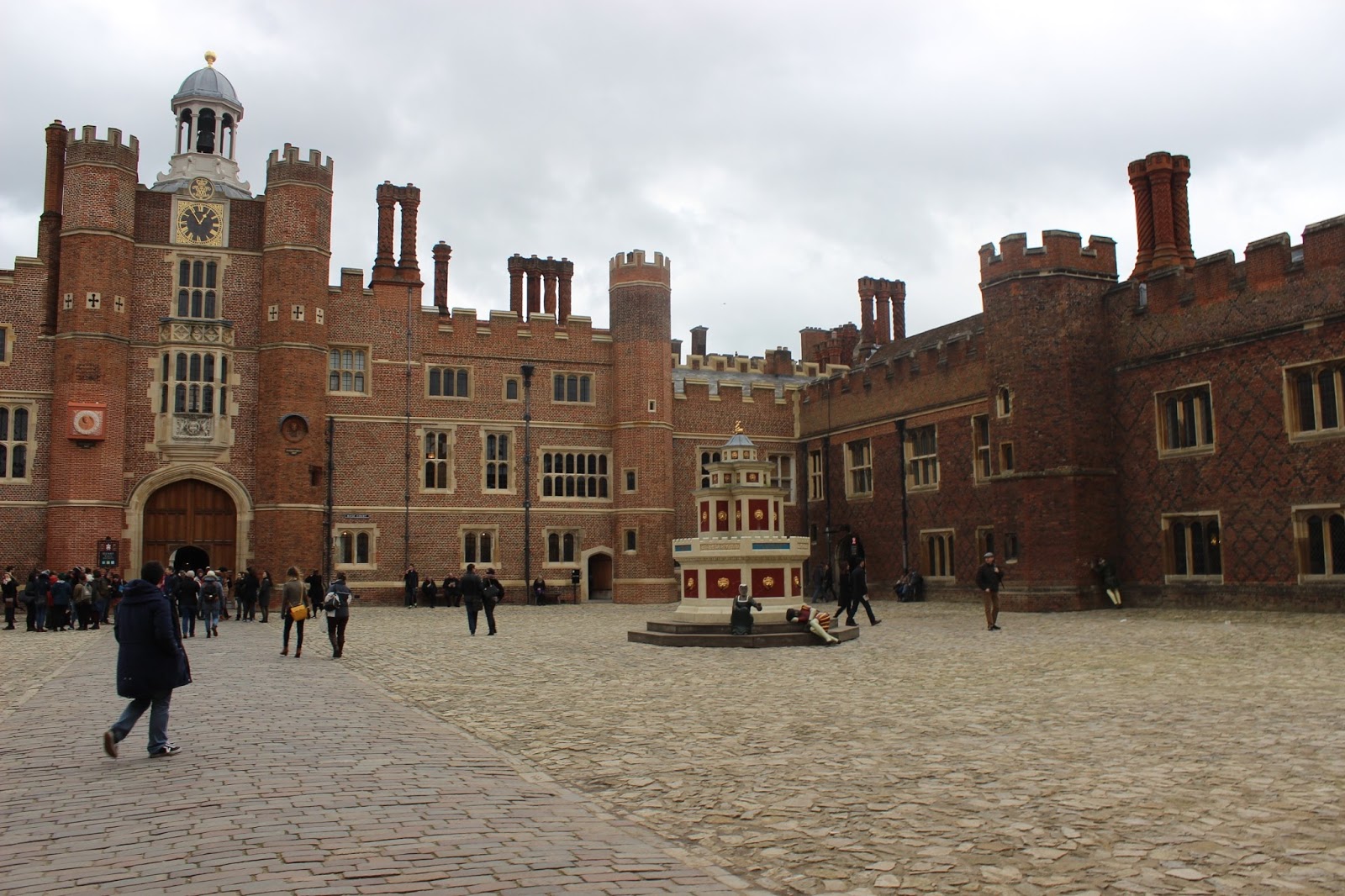 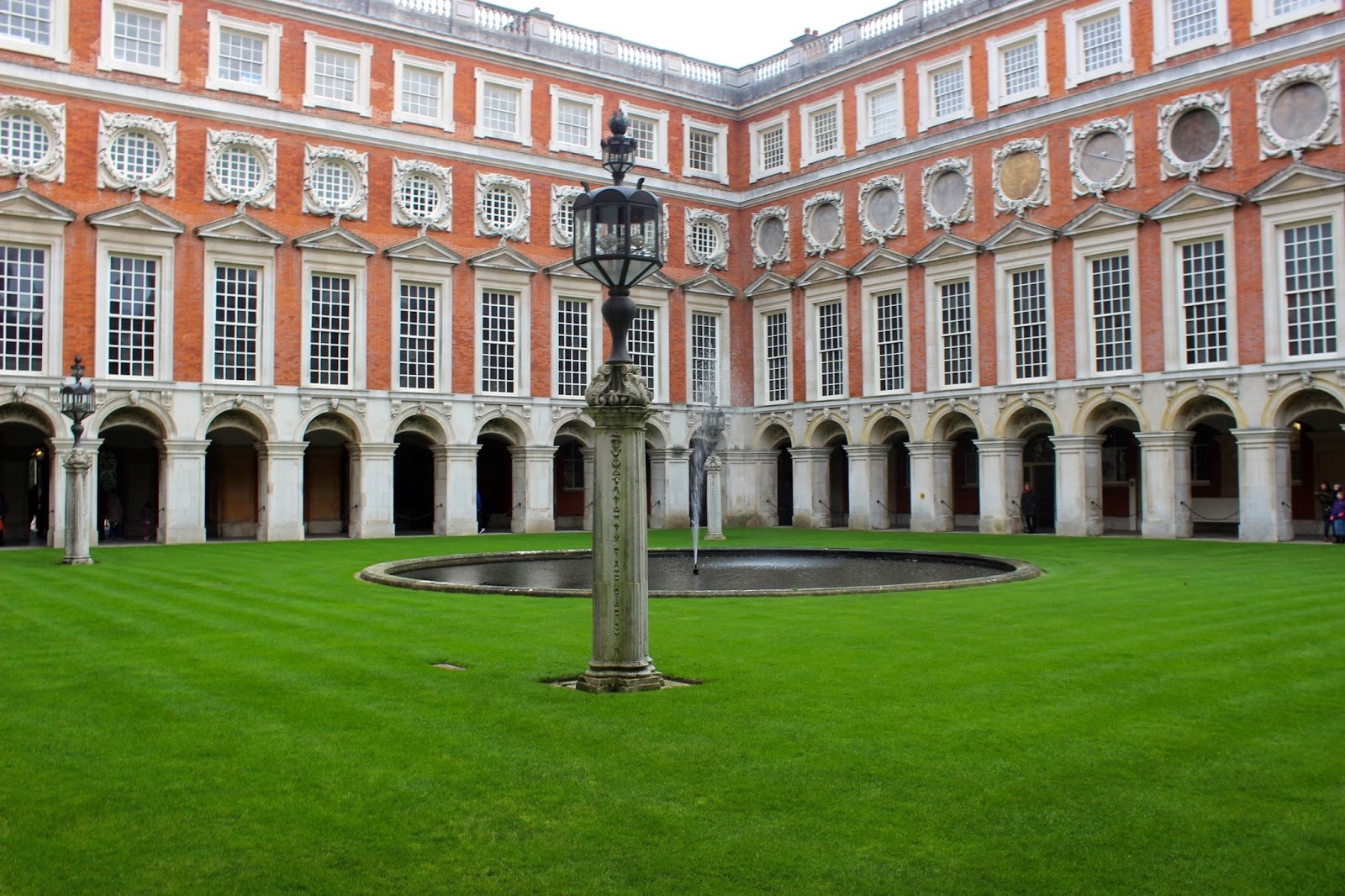 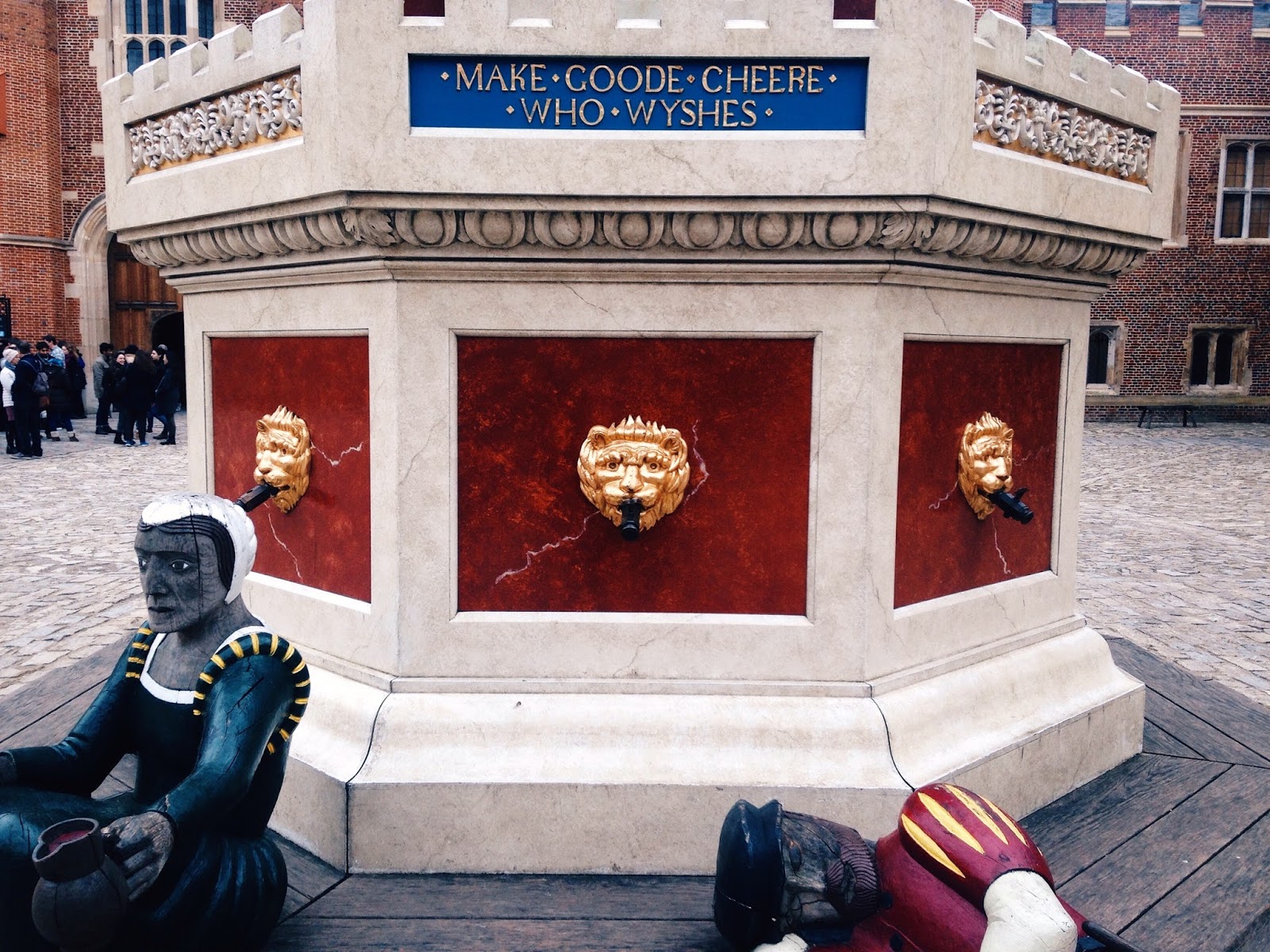 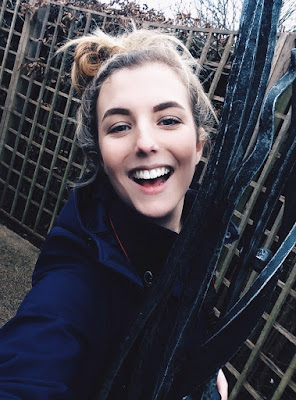 The Realities of Solo Traveling